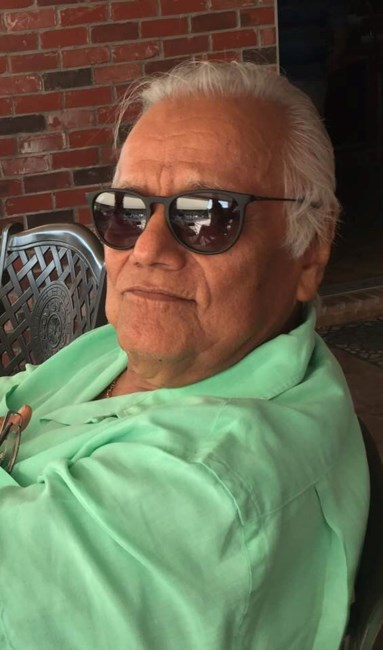 Pascual Izaguirre, a native of Tampico, Tamaulipas Mexico, and a longtime resident of New Iberia, passed away on Saturday, January 15, 2022 at the age of 85. Pascual was a proud owner of the popular restaurant, Tampicos. He dedicated his attention to ensuring that the restaurant was a thriving business, and he adored spending time with the many men, women and children who would enter its doors. Pascual was always extremely grateful to all of Tampico's customers for their support over the years. Pascual is survived by his wife, Maria Reyes; his children, Michael Izaguirre and his wife, Kristie, Maria G. Izaguirre, Carlos Izaguirre and his wife, Camille, and Stephen Izaguirre and his wife, Cheyenne; the mother of his children, Mercedes Izaguirre; his mother, Maria Carmen Izaguirre; one brother, Jose Luis Arias; his grandchildren, Elizabeth Crouch, Stephanie Izaguirre, Angelica Izaguirre, Miccah Izaguirre, Madison Izaguirre, Kristian Izaguirre, Ramon Madrid, Alexis Izaguirre, Catherine Izaguirre, Caroline Izaguirre, Brandon Pascual Kang, Maria Isabel Blanco, Daniela Blanco, Malacci Izaguirre, Austin Izaguirre, and Stetson Izaguirre; his great-grandchildren, Kamryn Olivier, Kowen Olivier, Brianna Burbante, Aaden Wiggins, Colin Wiggins, Roman Izaguirre, Brendyn Izaguirre, and Mila Madrid; and numerous nieces and nephews. He was preceded in death by his grandmother, Epifania Martinez and his sister, Angela Lopez. The family requests that a time of visitation be observed on Friday, January 21, 2022 from 6:30pm until 10:00pm at Hargrave Funeral Home. Visitation will start with the Rosary and a special tribute from the family at 6:30pm. Visitation will resume again on Saturday, January 22, 2022 at 8:00am until time of services at Holy Cross Catholic Church. A Mass of Christian Burial will be observed on Saturday, January 22, 2022 at 12 noon at Holy Cross Catholic Church with burial following in the Morgan City Cemetery. Those honored to be pallbearers are Michael Izaguirre, Carlos Izaguirre, Stephen Izaguirre, Brandon Kang, Malacci Izaguirre, and Kristian Izaguirre.
See more See Less

In Memory Of Pascual Izaguirre