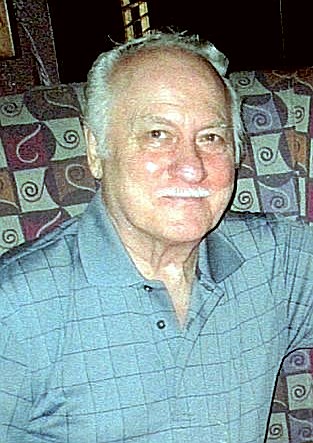 Gordon Walter Goodier passed away on November 7, 2021. Gordon was born on February 3, 1938, in Sioux City, IA to Walter and Margaret Goodier. While attending the University of South Dakota, he enlisted with the Air National Guard. After earning his degree, he was commissioned and went to flight training and then flew the F-100 “Super Sabre.” In 1968 he was called to active duty and sent to Vietnam where he flew 251 combat missions. He then returned to the Air National Guard and then the Air Force Reserves where he flew the F-105. He eventually retired as a Lieutenant Colonel. He earned the awards of Top Gun, Distinguished Flying Cross, Air Medal, Air Force Commendation Medal, Vietnam Service Medal, National Defense Service Medal, and Armed Forces Reserve Medal. He continued his flying career as a commercial airline pilot with Braniff, Piedmont, and USAir. Gordon was preceded in death by his parents and sister Peggy. He is survived by his wife Delores of Bonita Springs, son Gene Goodier and wife Marie of Irving, TX, son Glen Goodier and wife Mary of Waxahachie, TX, daughter Donna Thurman and husband Richard of McKinney, TX, daughter Dawn Krohse and husband Damien of Estero, FL, sister Shirley Crouse, as well as two nephews, 10 grandchildren and two great grandchildren. A Memorial Celebration of Gordon’s life, including military honors, will be held on Tuesday, November 16, 2021, at 10a at Hodges Funeral Home at Naples Memorial Gardens, 525 111th Ave N, Naples, FL 34108. To leave an online condolence for the family, please visit www.dignitymemorial.com. Gordon Walter Goodier, age 83, of Bonita Springs, Florida passed away on Sunday, November 7, 2021. Gordon was born February 3, 1938. A visitation for Gordon will be held Tuesday, November 16, 2021 at 10:00 AM at Hodges Funeral Home at Naples Memorial Gardens, 525 - 111th Ave N, Naples, FL 34108. Following the visitation will be a commital service at 11:30 AM. Fond memories and expressions of sympathy may be shared at www.hodgesfhatnaplesmg.com for the Goodier family.
See more See Less

In Memory Of Gordon Walter Goodier