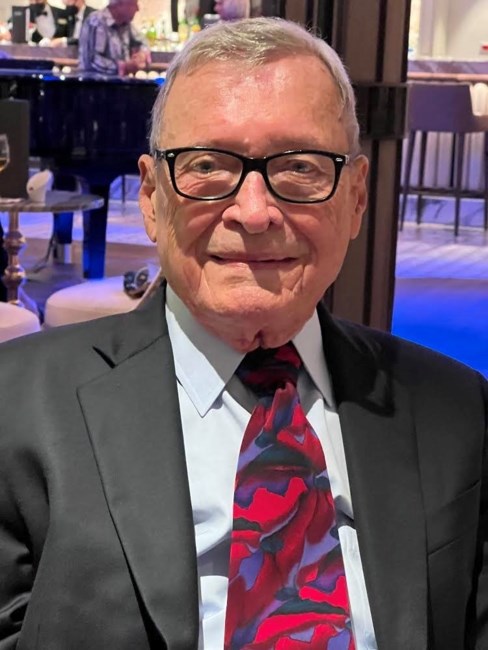 Joseph E. Bishop, age 84, of Fort Myers Beach, FL, passed away on January 12, 2023 after a brief illness. He was born on July 14, 1938 to the late Edward W. Bishop and Edith A. (Webberson) Bishop in Boston, Massachusetts. He attended Boston Schools and Tufts University. Upon graduation from college in 1960, Joseph was commissioned in the U.S. Air Force and served at Chanute AFB, IL, and Hickam AFB, HI. During his 6 years in the military he was the recipient of numerous awards and decorations most notably the Air Force Commendation Medal. He resigned his commission in 1966, and began a second career with the Federal Civil Service where he worked for several agencies to include the Air Force, the Internal Revenue Service and the Department of the Treasury. He retired in 1985 as Deputy Assistant Secretary of the Treasury for Information Systems, and began a career in private industry in the area of system integration and analysis. While at IRS and Treasury he was awarded the rank of Meritorious Executive and Distinguished Executive by President Ronald Reagan. In 1996 he retired to Fort Myers Beach and was very active on the Board of the Waterside II at Bay Beach Condominium Association and the Estero Bay Improvement Association and served for 12 years as President of Waterside II and 10 years as President of EBIA. He was never married. He is survived by several cousins in New Hampshire, Connecticut, and Rhode Island. He will be interred at Sarasota National Cemetery. Memorial donations may be made to the Salvation Army.
See more See Less

In Memory Of Joseph Edward Bishop