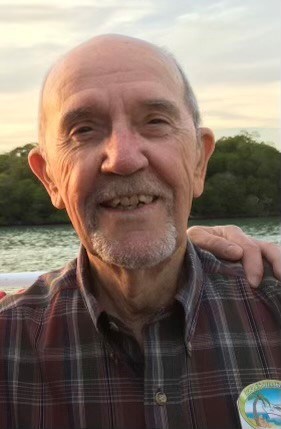 LeRoy Gutwein, 92, of Naples, passed away peacefully at Kiva at Canterbury Assisted Living on May 7, 2022. He was born January 14, 1930 in Perth Amboy, New Jersey to parents Frank and Elizabeth Gutwein. Lee was a loving husband, father, and grandfather who always enjoyed life and had a positive influence on all that met him. He was also a Korean War Veteran. His earlier interests included restoring his MGTF automobiles and entering car shows. He was an active member of Christ Church in Middletown, New Jersey. Retiring from M&G trucking company, which he  co-owned with his brother Robert Gutwein, he then moved to Naples with his wife in 1990. He drove a school bus for 16 years. Lee was involved in various charitable organizations, including being a member of Naples Moose Lodge, and being a longtime member of the Shriners, earning many accolades. He was always available for the children of Shriners Hospital of Tampa, driving them from Naples  to Tampa. His favorite things however were spending time with his beautiful wife, children, and many close friends. He is predeceased by his wife of 67 years, Pearl Gutwein. He is survived by his children, Polly Gutwein, Susan Staton( Marshall), David Gutwein (Kimberly), and Philip Gutwein ( Vicky) ; seven grandchildren, and two great-grandchildren. Lee was loved by many and will be truly missed.
See more See Less

In Memory Of LeRoy F. Gutwein