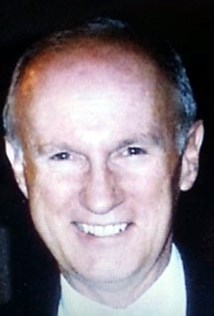 Ray O’Keefe, age 75, a longtime resident of Naples, FL, passed away on May 8, 2022. Ray was born in Fort Kent, ME, the son of Alice and Ray O’Keefe. He graduated from Winslow High School and later received his BA at the University of Maine followed by a master’s degree from the University of Southern California. Ray served his country with a 26-year career in the US Army. He was stationed at Ft Bragg, NC, Ft Riley, KS, and Ft Benning, GA. Ray also was posted overseas in Vietnam, Korea, and Germany. Ray’s last 10 years of duty were spent in the Pentagon. His commitment to serve his country saw him hold many significant positions, Troop Commander, Squadron Commander and Congressional Advisor to the Chief of Staff of the Army. Ray was awarded the Distinguished Service Medal, Legion of Merit Medal and the Bronze Star. Ray worked hard and played golf with equal passion. He honored his fellow veterans by creating two Veterans Day Golf Tournaments to honor them at Quail Run and Royal Palm Golf Clubs. Ray is survived by his wife of 51 years, Nancy, and his siblings, Pat, Michael and Bridget. A funeral mass will be held at 10:00 am on May 18th at St. Williams Catholic Church in Naples, FL. There will also be a funeral mass at St. John’s Church in Winslow, ME at 10:00 am on June 21st followed by the burial at 12:00 pm at the new section of the Veterans Cemetery. In lieu of flowers, a donation in Ray’s memory may be made to Alzheimer’s Support Network, 1421 Pine Ridge Road, Suite 100, Naples, FL 34109.
See more See Less

In Memory Of Raymond William O'Keefe