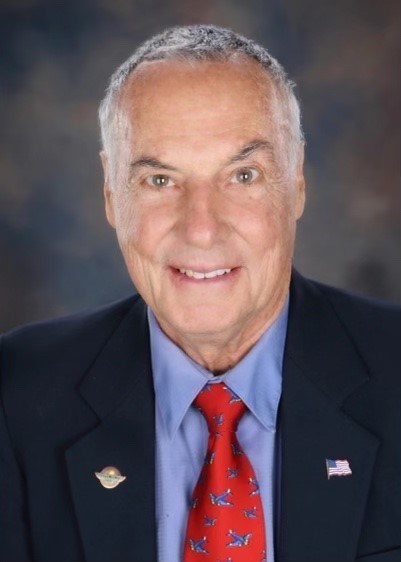 Honorable Ted Brousseau April 13, 1944 - July 16, 2021 It is with profound sadness and immense love that we mark the passing of a remarkable man, Judge Theodore Henry Brousseau Jr. of Naples, Florida on July 16th at the age of 77. Judge Brousseau was born in Colorado Springs, Colorado, on April 13, 1944 later transitioning to New Baltimore, Michigan to be closer to family. When he was 14, his family relocated to Ormond Beach Florida where he attended and graduated from Seabreeze High School. He excelled in academia, proven evident when in 1965 he was appointed to fill one of two National vacancies available at the Air Force Academy by Vice President Hubert Humphrey. From there he attended Stetson University, where he earned a major in economics and a minor in engineering in 1968. Stetson College of Law was the next stop, graduating in 1971 with his Juris Doctor Degree. Upon his graduation, he relocated to Naples where he practiced General Law for 8 years before being elected as a Circuit Court Judge in 1978. Judge Brousseau served on the bench for 27 years, remaining passionate about his position. This passion filtered into the community where he served as President of the Collier County Bar Association, City Attorney for the city of Everglades, Faculty for Florida Judicial College and National Judicial College, and fueled the creation of the Citizen’s Foster Care Review Board mission. After serving his community honorably for many years, Judge Brousseau retired in 2006. It was at this time he began his second career with his true love-Flying! He was passionate about aviation and was a certified private pilot since 1964. Ted was honored by the Federal Aviation Administration (FAA) in 2015 with the Wright Brothers Master Pilot Award. The Wright Brothers Master Pilot Award is the most prestigious award the FAA issues to certified pilots. This award is named after the Wright Brothers, the first US pilots, to recognize individuals who have exhibited professionalism, skill, and aviation expertise for at least 50 years while piloting aircraft as "Master Pilots". Ted loved introducing children to aviation and provided introductory flights to over 600 youth through the Experi-mental Aircraft Association’s (EAA) Young Eagles program in his motor glider, Cessna 140, and Cessna 180. He also volunteered several weeks each summer as chief flight instructor for Civil Air Patrol glider training encampments around the country. Ted served as President of EAA, Chapter 1067, Naples. His love of flying and all things aviation led him to build a pietenpol plane in his garage. He had many other interests that included coaching daughters’ sports, sail-ing, scuba diving, woodworking, photography, horticulture, apiculture (bee keeping), and computers. Ted loved his family very much. He is survived by his wife Brenda of 49 years, daughters Tina (George), Tara (Jeff), Tanya (John), Tiffany (Greg), and 8 grandchildren Zack, Kyle, Ryan, Jack, Ben, Nina, Katelyn, and Kameron. He was deeply loved and will be missed forever. A celebration of life is planned for Thursday, July 29th at 1:00 p.m. at Hodges Funeral Chapel located at 111th Avenue North, Naples, FL. There will be a reception immediately following. In lieu of flowers, people wishing to honor Judge Ted Brousseau can donate to one of the following charities: (1) EAA Aviation Foundation, Young Eagles Program, 3000 Poberezny Rd, Oshkosh, WI 54902 (2) Friends of Foster Care Council, 2675 Horseshoe Drive S, Suite 402, Naples, FL 34104 (3) Parkinson’s Association of SW FL, 2575 Northbrooke Plaza Dr #300, suite 301, Naples, FL 34119 Fond memories and expressions of sympathy may be shared at www.hodgesfhatnaplesmg.com for the Brousseau family.
See more See Less

In Memory Of Ted Brousseau Jr.

The Celebration of Life Service