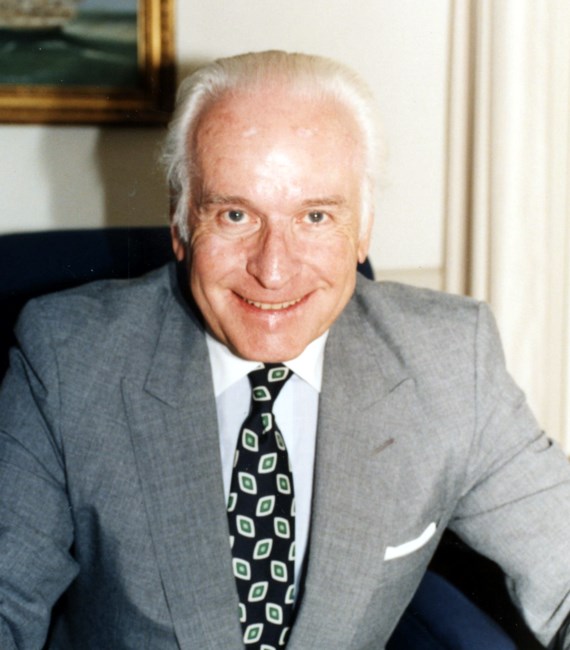 WW II Army officer, business leader, devoted husband and father, a man of honor and integrity every day of his life. William L. (Bill) Byrnes passed away in Naples Florida on July 21, 2018 at the age of 96. At his side was his son, Randy, who was blessed to live his life guided by this honorable and pure moral North Star. He was preceded by his wives Sybil (Griffith) and Peggy (Cryan), his mother, Marguerite B. Byrnes and father, William H. Byrnes. In addition to his son Randy, he is survived by three devoted step children: Michele (Forte) Baur, Jeffery Paul Forte and Lindsey (Forte) Smith and his five grandchildren: William Carter, Spencer Dean-Griffith, Randall William Jr., Connor Evan and Lily Bing-Xi. Bill was born in Cambridge, Massachusetts in 1921 and attended Belmont Hill School where he was a multi-sport athlete and top student. He served on its Board of Trustees for 50 years and would become the longest serving Trustee in school history. He graduated from the Wharton School of the University of Pennsylvania in 1943 whereupon he joined the Army Air Corps serving until 1946. After the War, he took a job in the business founded by his father, Hamilton-Lapp Company, a small Boston based chain of retail stores selling women’s shoes and accessories. It was after some ten years that he found his true calling however having joined a fledgling mutual fund company called Fidelity Management and Research Company. Bill worked for what would eventually become Fidelity Investments for the balance of his career beginning in 1957 as an investment analyst and culminating as its President and then Vice Chairman. Over his 60 years at Fidelity, he filled most of the key leadership positions in the company and played a key role in the company’s growth from a small mutual fund company to a global financial services enterprise which today employs some 47,000 people. Bill and his wife Peggy immensely enjoyed their time in Naples which began in 1971.They were members of the Port Royal Club, Royal Poinciana Golf Club and the Naples Yacht Club. As much as Bill enjoyed his fellow members, he took great pleasure in knowing so many wonderful people on the various clubs’ staffs who always appreciated his graciousness, humility, sense of humor and many acts of kindness that he exhibited on every occasion. He embodied all the attributes of a true gentleman and was always a man of grace and style. A Funeral Mass will be held at St. Ann Catholic Church in Old Naples at 11:00AM on Saturday, July 28, 2018 followed by a private Internment at the Naples Memorial Gardens Cemetery. A Reception will follow at 12:45PM at the Naples Yacht Club. In lieu of flowers, the family asks that donations be made at either St. Ann School (582 8th Avenue South, Naples Fla.) or Belmont Hill School (350 Prospect St., Belmont, Mass., 02478)
See more See Less

In Memory Of William L. Byrnes