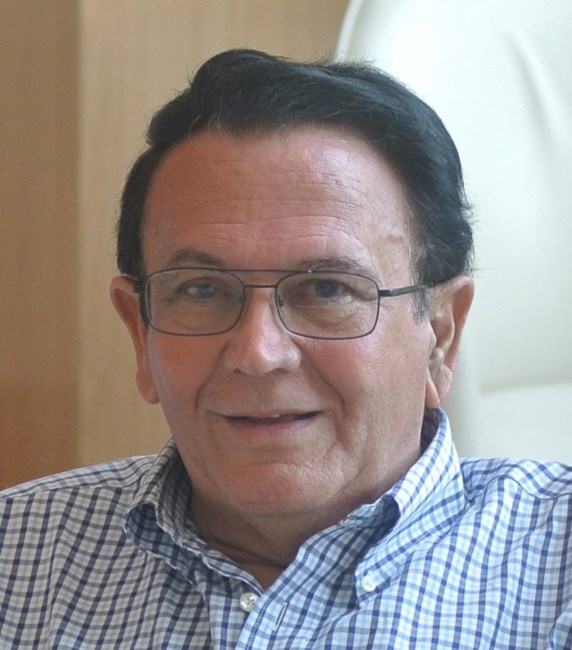 Albert James Dabdoub, Sr., loving husband, wonderful father, brother, uncle and loyal friend passed away on August 6, 2022 after a courageous battle with pancreatic cancer. He was born in LaCeiba Honduras on August 28, 1945. From his early years, Albert had a zeal for life, a tireless work ethic, and a vibrant spirit that led him to live a dream life in New Orleans, Louisiana. He attended high school in Mazapan School in La Ceiba, Honduras. Thereafter, he moved to Louisiana, where he first lived with his Uncle Jack and Aunt Helen in Slidell, Louisiana. Albert attended the Christian school French Camp Academy in Mississippi, which helped him learn the discipline and patience that served him well throughout his life. As a young man, Albert moved to New Orleans, where he became enamored with the city’s culture. He was quite the soccer player, with a nickname “El Turco” that originated in Honduras and stuck with him in New Orleans. Having been born with great instincts, Albert played goalie. Those great instincts led Albert to marry the absolute love of his life, Flor de Maria Henriquez (Maria), whom he met on a blind date in New Orleans. Albert adored Maria the minute he laid eyes on her. Maria adored Albert and his serious, yet charming and selfless nature. After a short courtship, they married in New Orleans on May 17, 1969. Albert and Maria went on to have four boys: Albert, Alan, Walter and Brandon, who despite driving them crazy at times, caused Albert and Maria to remain more devoted than ever. The patience that Albert learned early on served him well in their marriage. And trust us, Albert very much needed it. Albert and Maria remained tender in love throughout their marriage, using the same terms of endearment from their early days of love. Albert called Maria mama, and they each called each other carino (sweetheart). While mama may have let Albert rule the roost at times, mama always ruled the rooster. Albert attended and graduated from Delgado College in New Orleans where he obtained the skills necessary to become a building engineer. Albert loved his work and had a wonderful career, overseeing the engines and air conditioning systems in some of the most iconic hotels and hospitals throughout New Orleans. Albert didn’t have a lazy bone in his body, and he worked from dusk to dawn at times. But Albert lived for his family and placed them above all else. He loved the open roads and taking road trips with his family every year, where they became Disney World’s greatest customers for a good ten years. Albert had such an ebullience for life and loved to celebrate holidays and birthdays with his family. He grew to love the New Orleans Saints and suffered for years through their hapless seasons. But giving credence to the phrase “anything is possible”, Albert pinched himself several times during the Saints’ championship run in 2009 that led so many grown men to cry that year. Albert had the unique gift of being able to listen, rather than talk all the time. He also was blessed with the uncanny ability to make everyone feel like a friend. And Albert’s home was his castle. Albert’s gentle and kind nature made everyone feel welcome and appreciated. Albert was as selfless a father and husband as one could find. His joy was bringing joy to his wife and family. Albert truly lived the dream. He worked hard, loved hard, played hard, and fought hard to the very end. His outlook, ebullience, and loyalty will always be an inspiration. Throughout the greatest battle of his life, Albert maintained the wonderful traits and spirit that impacted so many people that had the joy of knowing him, answering questions as to how he felt with three words that wonderfully exemplify his life: “I feel like a winner!”. Albert is survived by his wife of fifty-three years Maria; his four boys Albert, Alan, Walter and Brandon; his three daughters-in-law Michelle, Britton and McKenzee; his seven grandchildren Preston, Sophie, Grant, Ava, Sloane, Gavin and Kerrigan; his sisters Helen, Norma, Margie, Melva, Irma; and his brother Frank. Relatives and friends are invited to attend the Funeral Mass in the chapel of Lake Lawn Metairie Funeral Home, 5100 Pontchartrain Blvd. in New Orleans, on Friday, August 12, 2022 at 2:00 PM. A visitation will be held at the funeral home beginning at 1:00 PM. In remembrance of Albert, please direct any donations to Pancreatic Cancer Action Network on his behalf at www.pancan.org
See more See Less

In Memory Of Albert James Dabdoub