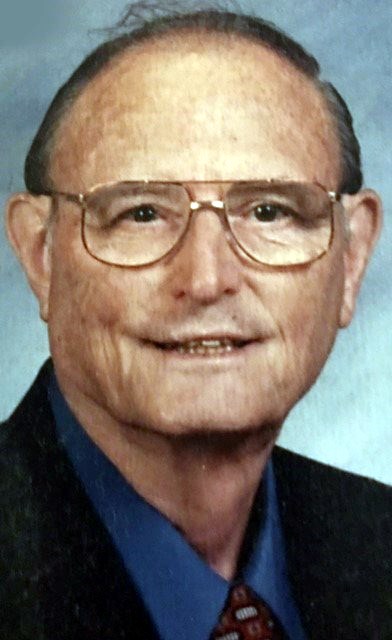 Eugene Joseph Angell passed away peacefully in his home on September 12, 2022 at the age of 93 years. He was born on June 16, 1929 to the late Ernest Angell and Alma Pabst Angell in New Orleans, LA. After receiving his high school diploma from St. Aloysius, he attended college briefly then he later attended night school and went to work for Dun and Bradstreet. He had various jobs as an accounting clerk, which included accounts receivable and accounts payable. He was a parishioner of St. Benilde since its inception in 1968. He sang in St. Benilde’s Choir for over 50 years, being one of the original men in the choir. He was a member of St. Benilde’s Cher Amie’s Club. He enjoyed square dancing and belonged to Pelican Squares and Sunrise. He loved traveling, singing, and enjoying family time with his 5 grandchildren. He is preceded in death by: his parents, and his beloved wife of 66 years, Annie Maxine Krider Angell. He is survived by: his loving daughters, Pamela Angell Wetzel (John) and Deborah Angell Serio (Wayne); and his grandchildren, Gregory Serio, Catherine Serio, Christopher Serio, Angela Wetzel, and Jason Wetzel. He is also survived by: his sister Almaree Angell Abadie, a nephew and several nieces. The family would like to give their special thanks to all the sitters that cared for him, including those provided by Nursing Registry, Home Care Solutions and the Staff of Heart of Hospice. Relatives and friends are invited to attend the visitation held at St. Benilde Catholic Church, 1901 Division Street, Metairie, LA 70001 on Monday, September 19, 2022 at 9:30 a.m. followed by a Mass beginning at 11:00 a.m. Interment will take place in Metairie Cemetery. In lieu of flowers, the family request any donations to be made to masses to St. Benilde Catholic Church in his memory. The family invites you to share your thoughts, fond memories, and condolences online at www.lakelawnmetairie.com
See more See Less

In Memory Of Eugene Joseph Angell