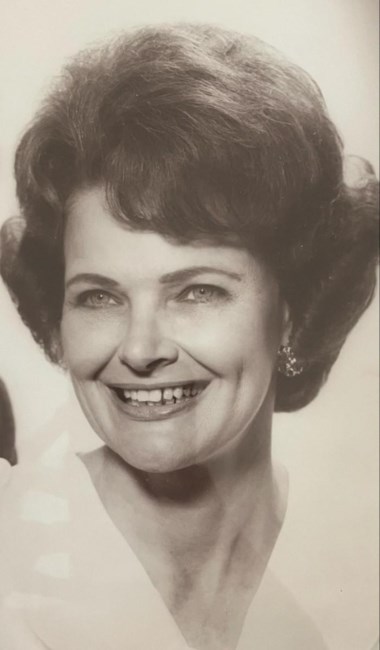 Helen Marie Abbott Farrelly, a native of Algiers Point and resident of New Orleans, passed away on August 10, 2022. She was the beloved wife of Patrick J. Farrelly, Jr. for 57 years until his death in 2006. Helen was born on June 18, 1928 to the late Kirk H. Abbott, Sr. and Josie Cambre Abbott. She was also preceded in death by three brothers, Kirk H. Abbott, Jr., Neil L. Abbott, Sr. and Granville Abbott, and her son-in-law, John T. Culotta. Helen is survived by her children Jane Owens (Bob), Patricia Martin (Jesse), Steve Farrelly (Judi), Eileen Culotta, and Tim Farrelly (Suzette) and her grandchildren Bonnie Owens Davenport (Charles), Jessica Owens, R. Patrick Owens (Alex), Ryan Martin (Jen), Sarah Martin (Matt), Kirk Farrelly (April), Katie Cook (Thomas), Genny Culotta, Courtney Culotta, Melanie Culotta, Emily Tornabene (Jordan), Jack Culotta, Jr., Tommy Farrelly, Danny Farrelly and Kelly Farrelly. She is also survived by 12 great-grandchildren and many nieces and nephews. Helen graduated from Dominican High School and proudly attended Louisiana Girls State. She was active in the St. Dominic Mothers Club and K.C. Ladies Auxillary. She loved sports and was an avid golfer with the Mississippi Seniors after she and Patrick moved to Pass Christian in 1988. They enjoyed traveling and taking cruises throughout the U.S., Europe and the Caribbean. While living at the Whitney Place, Helen played cards, Bunco and Scrabble in addition to participating in the many social activities at the community. Scrabble was her favorite game and her very competitive nature was evident. Even though she cheered on her Saints every week, she was sometimes guilty of hoping for her numbers to hit even if it aided the opponent. Her ability to sing and harmonize to every song along with her love of music was a trait that she passed along to her children. Her beautiful blue eyes reflected her love and pride in her ever-growing family. Her house was always open to her children and grandchildren who will forever cherish the many family gatherings. Relatives and friends of the family are invited to attend the funeral service at St. Dominic Church, 775 Harrison Avenue in New Orleans. Visitation in the church is on Tuesday August 16 at 10:00 AM– 12:00 Noon. A funeral Mass will follow at Noon, then interment in All Saints Mausoleum in Metairie Cemetery. The family is grateful for the warm-hearted care provided by the staff of Vista Shores Assisted Living. In lieu of flowers, the family requests contributions to rebuilding funds of Mt. Carmel, Brother Martin or Jesuit High Schools.
See more See Less

In Memory Of Helen Abbott Farrelly