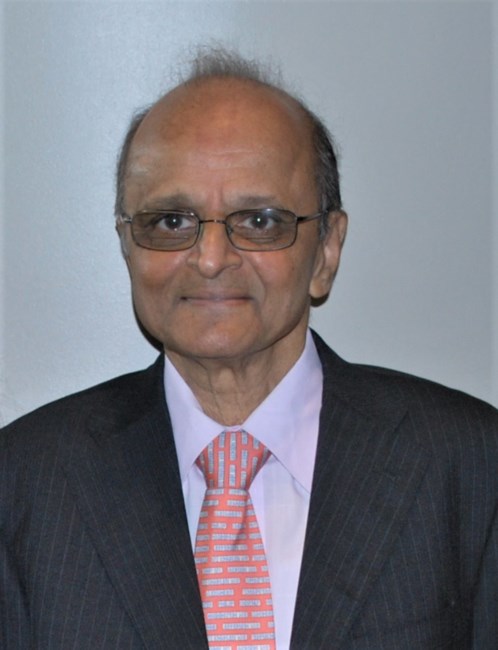 On Sunday, October 13, 2019, Dr. Jayaraman Rao, loving husband, father, grandfather, brother, and uncle passed away at the age of 76. Dr. Rao was born on July 15, 1943 in Salem, India to Mr. Krishna and Mrs. Jayanthi Appurao. Dr. Rao received his medical degree from Kasturba Medical College in Mangalore, India in 1969. He completed his residency in Neurology at St. Vincent’s Hospital and fellowship at Columbia University in New York. Dr. Rao joined Louisiana State University Health Sciences Center’s (LSUHSC) Department of Neurology in 1977 where he became Director of the Parkinson’s Disease and Movement Disorders Center. He was honored with the Dr. Carl Baldridge Chair for Parkinson’s Research. After Hurricane Katrina, Dr. Rao worked at Ochsner Medical Center for several years before returning to LSUHSC. He retired as Professor Emeritus of Neurology and Neurosciences from LSUHSC in 2019. Specializing in Parkinson’s Disease and movement disorders, Dr. Rao devoted his life to helping patients and their families suffering from these diseases. Dr. Rao married his classmate Dr. Jayashree Kamath in 1969 in Shimoga, India and emigrated to the United States in 1971. They raised two daughters, Aparna and Archana, in New Orleans. ¬¬Dr. Rao and his wife helped raise their two wonderful granddaughters, Aubrey and Laurel Paine. Dr. Rao was known for his sense of humor, his infectious laugh, his intellectual curiosity, and his love for his family. He was passionate about traveling the world with his wife. Dr. Rao’s interests covered many subjects, including Buddhist art, music, movies, anthropology, genealogy, nature, history, photography, New Orleans Saints and LSU football, cricket, and Game of Thrones. Dr. Rao was preceded in death by his father, mother, and sister Jayamani. He is survived by his wife Jayashree, his two daughters Aparna Rao and Archana Paine, his son-in-law Whiton Paine, his grandchildren, Aubrey and Laurel Paine, his brother, Jayagopal Appurao, his two sisters, Vijaya Devarajan and Jayasri Srikar, and brothers-in-law, sisters-in-law, nieces, and nephews. A Celebration of Life Memorial Service will be held on Saturday, October 19, 2019 at Lake Lawn Metairie Funeral Home, 5100 Pontchartrain Blvd. New Orleans, LA 70124. Visitation begins at 11:00 am and the service begins at 1:00 pm. In lieu of flowers, please send donations to the LSU Health Foundation, memo line: The Dr. Jay Rao Fund for Parkinson’s Research. To make a donation online, please visit www.lsuhealthfoundation.org or contact LSU Health Foundation New Orleans at (504) 568-2421. Donations can also be mailed to LSU Health Foundation New Orleans, 2000 Tulane Avenue, 4th Floor, New Orleans, LA 70112. The family invites you to share your thoughts fond memories and condolences online at www.lakelawnmetairie.com
See more See Less

In Memory Of Jayaraman Rao, M.D.