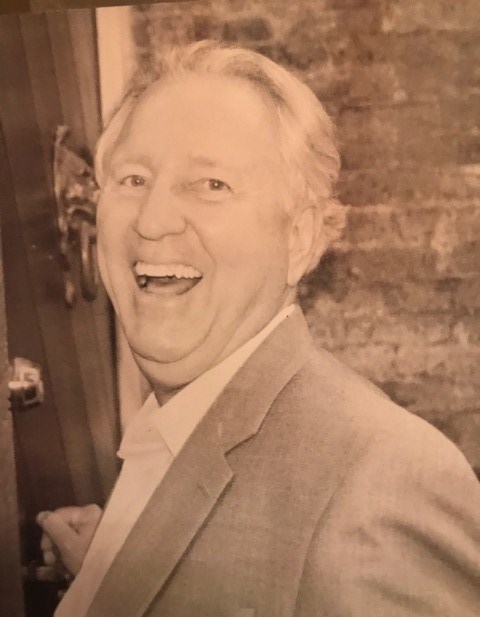 John Clinton Martin, Jr. passed away unexpectedly on December 31, 2019, a New Orleans resident for over 30 years; he was born and raised in Clendenin, West Virginia. After graduating from college, he resided in Bloomfield Hills, Michigan for many years and was employed for 30 years as an executive with General Motors. After retiring, he moved to New Orleans, and continued to provide management consulting within the automotive industry. He is preceded in death by his parents Ruby and John Martin, Sr., his beloved sister Edna Gallian and brother Glenn Martin. He is survived by the love of his life, his wife Marilyn “Chickie” Martin, his treasured children and stepchildren, daughter Stacee Martin of Evergreen, Colorado, son John Scott Martin (Jennifer)of Littleton, Colorado, stepchildren Marguerite Blount (Bryson), Elise Williams (Ray)of Baton Rouge, Louisiana, Jordan D.E.Guidry and the grandchildren he adored, Sydney and Colton Martin and Amelia and Eleanor “Ellie” Blount. He is also survived by his sisters Wanda Brawley, Kay Summers (Mayor of Clendenin, West Virginia (Glenn), Suzanne Kelly (John) of Sea Girt, New Jersey, many nieces and nephews and very special family friend Phillip R. Webb of Dallas, Texas. John was an outspoken activist for our community’s youth and for public school education. A devout Christian, he was known for his love of life and his outgoing personality. John was loving, affectionate, and kind, had a deep faith and loved his weekly Bible study group where he was tasked with calling the chatty group to order with his booming voice and great laugh. His bible leader, India Stewart says of him, “he will be remembered for his heart for service, his love for studying the Bible and desire to share his joy and hope in the Lord”. His wife Chickie says, “our entire group fell in love with John during our weekly class discussions with his wonderful input and outlook on life”. Close to his heart was Cafe Reconcile, a New Orleans restaurant where at risk youth are trained in all aspects of restaurant operations, with a special emphasis on character building, self-esteem and spirituality. Hundreds of students have gone on to staff New Orleans many restaurants. You could find John every Thursday at Cafe Reconcile enjoying his favorite white beans and shrimp with a side of collard greens. John was a graduate of West Virginia University where he played on the varsity men’s basketball team, sang in the men’s choir, (he had a great voice!), and was a member of the Sigma Nu fraternity where he served as a Chaplain. John was known as a terrific dancer and according to his sister Edna “John won every dance contest he ever entered”. John was active in numerous community organizations: Citizen’s for 1, Victories in Service ( The Lighthouse Project), Liberty Kitchen, Volunteers of America(where he was honored for his work as Board Chairman), and the United Way. He also was a board member for Friends of City Park, St. Charles Avenue Association and participated on several other boards as well. He was a member of St. Charles Ave. Presbyterian Church where he served as an Elder for many years. He was newly appointed as Trustee for the Presbyterian Foundation of Louisiana, Inc. John was an avid sailor and member of the Southern Yacht Club and with good friend Rick McGregor and crew, won 1st. place in the 2009 All State Sugar Bowl Regatta. John’s hobbies also included frequent golf outings at Audubon and City Park, playing bridge at The Bridge Center, and weekly luncheons with his two groups of distinguished gentlemen. He always provided an ear, words of support and great insight to anyone who may have needed it. John was a friend to all. He also belonged to the Opera Club, Amici, Freedom Foundation of Valley Forge, New Orleans Museum of Art, and the Breakers Association, and several carnival organizations. John loved traveling the globe with his wife Chickie and their good friends from both Jackson and Madison, Mississippi and New Orleans. They also very much enjoyed their annual stay in Cabo San Lucas where they spent long weeks relishing the peace and serenity of the ocean before them. John was a life-long adventurer, learner and truth seeker. He loved to talk, to listen and loved to laugh. His booming voice and tremendous laugh were unparalleled. He will be greatly missed by his family and friends and the evenings he and Chickie spent on their front porch, in their rockers, having drinks and visiting with friends who would stop by, especially good friend Jimmy Briggs. Relatives and friends of the family are invited to attend the funeral services at St. Charles Ave. Presbyterian Church, 1545 State St., New Orleans, La. on Wednesday, January 15th, 2020, at 3p.m. Visitation will begin at 1:30p.m. Internment will follow in Metairie Cemetery. In lieu of flowers, please consider a donation to Victories in Service, 3000 Gentilly Blvd. Suite 207, New Orleans, Louisiana 70122. Please feel free to leave a message in the online guest book, visit www.lakelawnmetairie.com
See more See Less