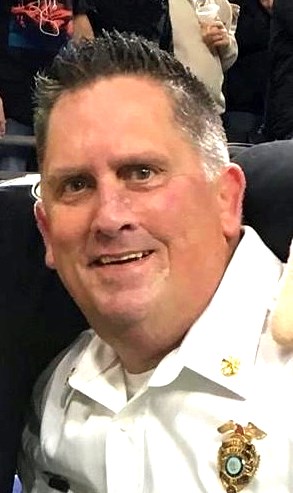 ALL SERVICE WILL TAKE PLACE AT ST. BERNARD MEMORIAL FUNERAL HOME, 701 W. VIRTUE ST., CHALMETTE, LA 70043 Joseph “Joey” Dullary Jr. passed away just after midnight on Saturday, January 15, 2022. He is the son of Darlene Dullary and Joseph H. Dullary Sr.; the stepson of Beth Dullary and the late Leo Silcio Jr; and the son-in-law of the late Patricia Wartt. He is preceded in death by his son, Joshua Dullary, and his grandparents, Doris and Hubert Quakenbush Sr. and Blanche Turlan. He is survived by his devoted wife, Gwen Dullary; loving daughter, Alexis Dullary; step-daughter, Brooke Roques (John); siblings, Heather Conners (Louie) and Joel Dullary; adoring grandchildren, Talan Bonney, and Brody and Brax Roques; nieces and nephews, Ryan (Monica), Rian, Maverick, and Hailey Cascio and Hannah and Hunter Conners. He is also survived by his dogs, Capone, Bella and Nola as well as many close aunts, uncles, cousins, and friends who loved him dearly. Joey was a lifelong resident of St. Bernard Parish and graduated from Chalmette High School. He retired as Deputy Chief of St. Bernard Fire Department after 32 years of service. Joey, lovingly known as “Joeco” by his firefighter family, truly treasured the bond he shared with his fire department brotherhood. Most importantly he loved his grandchildren who were his Poppy's Angels. In his spare time, he enjoyed being an extra in movies and meeting all the celebrities. Joey is now resting in paradise with his son, Josh and their beloved dog, "Killa". Family and friends are invited to celebrate Joey’s life with a visitation at St. Bernard Memorial Funeral Home, 701 W. Virtue St. Chalmette, on Tuesday, January 25, 2022 from 10am until mass begins at 1pm in the chapel. In lieu of flowers, family asks that donations be made to the Glut 1 Deficiency Foundation at www.g1dfoundation.org/donate.
See more See Less