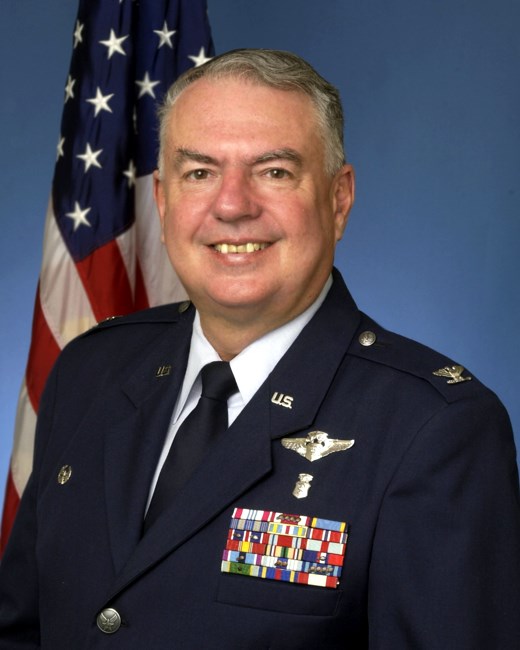 Colonel Joseph Justin “The Count” Contiguglia, MD, MPH&TM, MBA, a 29-year veteran of the U.S. Air Force and dedicated professor at Tulane died in New Orleans on October 1, 2020 following a long illness. He was 72 years old. In recent years, Contiguglia was best known for his animated lectures at the Tulane School of Public Health and Tropical Medicine. An alumni of 1981, he returned after more than thirty years to teach disaster management and public health to undergraduate, Master’s and PhD students. Originally from Little Neck, New York, Contiguglia joined the USAF in 1977 after obtaining his medical degree at the University of Siena in Italy and completing his residency at New York University. Contiguglia was a skilled pilot in his off-time, and a note in the margins of a 1981 flight log lists a new co-pilot – fellow flight enthusiast, doctor, and future wife Sylvie Contiguglia. They met while obtaining their Master’s in Public Health at Tulane University and would go on to have three children. The family of five criss-crossed the globe crammed in cars and airplanes with their menagerie of beloved dogs, cats, gerbils and hamsters, eventually settling in Ocean Springs, Mississippi 1999. There, Contiguglia found his paradise on the bayou, and spent time sailing his boat on the Gulf and bird watching in his back yard. Contiguglia’s distinguished career in the USAF began with his commissioning in 1977 and entrance into active duty in 1978. His career started out with an assignment to the 18th Tactical Fighter Wing, Kadena, Okinawa where he was forward deployed with special operations forces as part of the well-known Iran hostage rescue mission. Over several decades, he would go on to serve in leading positions for military medical operations all over the world, including serving as the Flight Surgeon to U.S. forces for Operation Elf One in Saudi Arabia, and a two-year stint as Chief of Occupational Medicine and Environmental Health for the Royal Australian Air Force in 1985, where he organized the largest joint combined aeromedical evacuation exercise held in the South Pacific since the end of the Vietnam War. Alongside his roles at various military medical facilities, he would deploy to head operations overseas and another tour in Saudi Arabia in 1993 for Operation Desert Storm/ Southern Watch. In 1994 he travelled to the Republic of Panama for Operation Safe Haven, where he was the commander of medical facilities set up to care for 13,500 Cuban migrants and military cadre. Starting in 1996, he served as the Chief of Medical Operations and then the Chief of Professional Services, Office of the Command surgeon for US Air Force Europe, he worked on several refugee and humanitarian operations. As 3rd Air Force Surgeon he was responsible for planning and implementation of humanitarian operations in Sub-Saharan Africa, and developed USAFE doctrine for refugee operations in Albania, Macedonia and Kosovo. Then, as Deputy Command Surgeon for Operation Shining Hope, he provided refugee support in the Southern Balkans, and headed the NATO preparation team that established fighter operations in Bandirma, Turkey, during the Balkan War. From 1999 until his retirement from the military, Contiguglia served as Director of Operational Medicine and Chairman of the Department of Military Medicine at Keesler Medical Center in Mississippi. He was chairman of the Keesler Medical Antiterrorism Advisory Council and a member of the executive committee of the Medical Center. He was also a member of the Mississippi State Department of Health Hospital Bioterrorism & Emergency Preparedness Advisory Committee, and served as a consultant on Bioterrorism and Military Medicine to the Mississippi State Department. Contiguglia’s military decorations include the Defense Meritorious Service Medal, Meritorious Service Medal with five oak leaf clusters, the Aerial Achievement Medal, Air Force Achievement Medal, the Southwest Asia Service Medal, Kosovo Campaign Medal with two service stars, Global War on Terrorism Expeditionary Service Medal, Korean Defense Medal and the Humanitarian Service Medal three service stars. Upon retiring from the USAF in 2007, Contiguglia became Professor of Clinical Environmental Health Sciences, Department of Global Environmental Health Sciences at Tulane School of Public Health and Tropical Medicine, and continued to serve as a consultant to the State of Mississippi, helping to strengthen disaster response programs following Hurricane Katrina. He is survived by his sister Katherine Stone; his wife Sylvie; three children, Dorothy Contiguglia-Akcan; Joseph Contiguglia and Catherine Contiguglia; and three grandchildren, Zeynep Akcan; Devrim Akcan; and Henry Contiguglia. His family would like to extend their warm thanks to the Tulane Cancer Center, especially Dr. Nakhle Saba, for their help and support during this difficult and long disease. A Private Funeral Mass will be held at Lake Lawn Metairie Funeral Home, New Orleans, Louisiana with Interment in Mt. St. Mary Cemetery in Flushing, New York. In lieu of flowers, the family asks that money be donated to the following charities supported by Contiguglia throughout his life: Boys Town, St. Joseph Indian School, Red River Valley Fighter Pilots Association, and St. Jude Children’s Research Hospital.
See more See Less