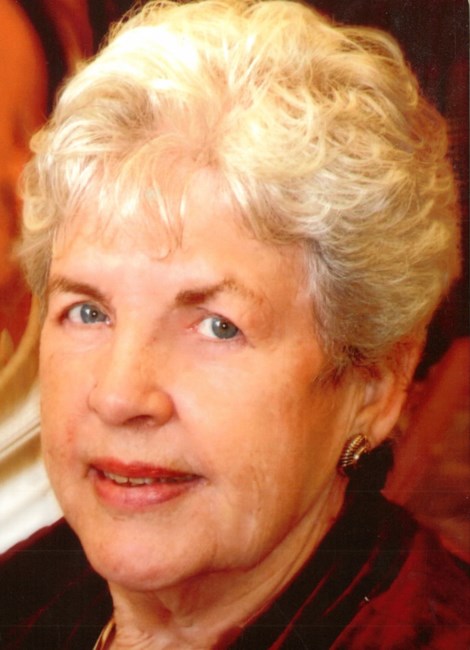 June Quirk Harper, born in New Orleans on June 27, 1935, passed away peacefully at Lambeth House on Tuesday, July 19, 2022. Strengthened by the prayers, love, and support of numerous friends and family, as well as the tireless and loving efforts of her devoted caregivers, June fought a courageous battle with cancer over the last few months of her largely healthy life. June graduated from Mount Carmel Academy, attended Southwest Louisiana Institute in Lafayette, and worked at National Airlines before marrying her beloved Bob, a Navy pilot. An engaging, loving, and selfless grandmother, mother, wife, sister, aunt, and friend, June never met a stranger and was fiercely loyal to her many friends and family. June is survived by her two sons, Robert Payne Harper and Ryan Andrew Harper; her brother, Peter Richard Quirk, and sister-in-law, Marilyn Montalbano Quirk; her sister, Judith Quirk Haydel, and brother-in-law, Richard Michael Haydel; her son-in-law, Pierre Valcour Miller II; her daughter-in-law, Vivian Anne Harper; and seven wonderful grandchildren to whom she will always fondly be known as “Cuckoo”: Pierre “Coury” Valcour Miller III, Andrew Payne Miller, Harper James Miller, Elise Marie Miller, Robert “Robbie” Payne Harper, Jr., Joseph Kelly Harper, and Lucille Anne Harper; and numerous nephews and nieces. She was preceded in death by her dear spouse of 58 years, Robert Payne Harper, Jr.; her beloved daughter, Kelly Harper Miller; and her cherished parents, Elise Richard Quirk and Andrew John Quirk. More than anything on earth, June treasured her children and family, along with her close relationships with the many wonderful people in her life. Throughout her illness, she enjoyed countless blessings, preparing her for an eternity with God. While June is no doubt experiencing peace and joy in heaven, those she left behind will miss her dearly. Visitation will be held at St. Francis Xavier Catholic Church, 444 Metairie Road, Metairie, LA 70005, on Saturday, July 23, 2022 from 10:00 a.m. to noon. A Funeral Mass and graveside service will be celebrated immediately afterwards. In lieu of flowers, June and her family would appreciate donations in her memory to Mount Carmel Academy, 7027 Milne Boulevard, New Orleans, LA 70124; St. Dominic School, 6326 Memphis Street, New Orleans, LA 70124; or the Lambeth House Employee Appreciation Fund, 150 Broadway Street, New Orleans, LA 70118. To view and sign the guestbook, please visit www.lakelawnmetairie.com
See more See Less

In Memory Of June Quirk Harper