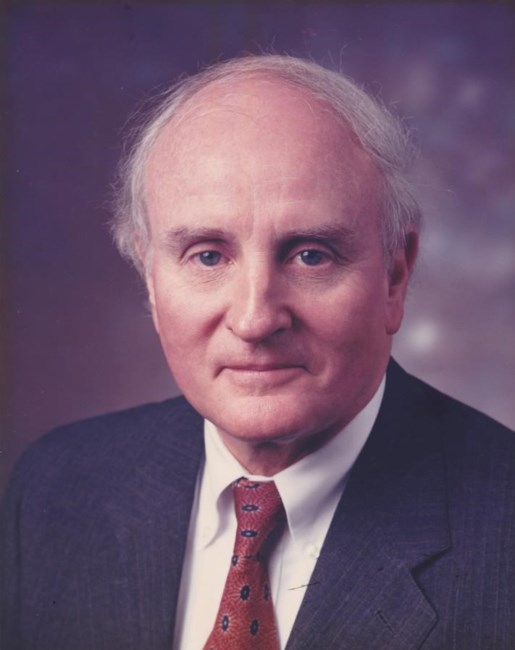 Newton Buckner (Buck/Bucky) Barkley, Jr., born in New Orleans on March 3, 1933 to Elodie Marrero Barkley and Newton Buckner Barkley, died peacefully at home on September 18, 2022 with his devoted wife of 63 years, Constance Carriere Barkley, by his side. In addition to his wife, he is survived by daughters Charlotte Barkley Mercer (Steven Worth Mercer), Constance Barkley-Lewis (R. Dale Lewis, Jr.), and Virginia Buckner Barkley; grandchildren Annie Dorman Mercer and Worth Wescott Mercer; his brother-in-law Charles P. Carriere, III and wife Cynthia, and nine nieces and nephews. He was preceded in death by his parents, sister Deanne Barkley, and nephew John Barkley Shirley. Known as an accomplished executive throughout his career, Buck was active until the end, calling to order the Board of Directors Meeting of the Marrero Land and Improvement Association, Ltd. on September 7, 2022. After graduating from the Metairie Park Country Day School, he attended the University of North Carolina at Chapel Hill where he was a member of The Order of the Old Well, Beta Theta Pi fraternity and the Gorgon’s Head Lodge. He was Co-Captain of the UNC Lacrosse Team and enrolled in Navy ROTC. Following college, he served two years as a Navy supply officer on the USS William Seiverling, traveling between California and Japan. His commanding officer warned him that neglecting to order sufficient toilet paper for transpacific trips was an unforgivable sin - a sin Lieutenant Barkley never committed. Once his purchase orders were in and duties completed, he got back to his knitting. After naval service, he returned to New Orleans and graduated from Tulane Law School. He was a Maritime Law partner at Lemle & Kelleher, practicing law for twelve years. He then joined Marrero Land where he has served as President and Chairman of the Board since 1981. He negotiated a partnership with the PGA to create TPC Louisiana, one of only 30 Tournament Players Club golf courses in the U.S. and a nationally-recognized amenity for the West Bank. He diversified the company’s holdings which grew annually through oil crashes, housing bubbles, and national recessions. He was relentless in his devotion to build upon the legacy of his family’s company, often saying that his heart and his wallet belonged to the West Bank. Buck’s influential leadership across the state includes his service of over four decades as a Board and Executive Committee member of the Louisiana Landowners’ Association, serving one term as President and maintaining significant influence in state government regarding land development issues. He served as President and Board member of the Harvey Canal Industrial Association, Chairman and member of the Board of Commissioners of the Port of New Orleans, Board member of Guaranty Bank and Trust, and as a Charter Member of the Jefferson Business Council where he served on the Board and Executive Committee. He also served on the Board of the Chamber/New Orleans and River Region and as a member of the Chamber’s West Bank Council, for which he received the 1993 John W. Stephens, Jr. Award for service. In 1994, he received the Young Leadership Council Role Model Award. He served as a Board member of The Louise S. McGehee School and Holy Cross College. He was involved with the Council for a Better Louisiana, the Committee for a Better Jefferson and the Public Affairs Research Council. He has been an active member of the Louisiana Bar Association, and the Tulane Catholic Center, as well as several carnival and social clubs. Buck was a competitive sailor who enjoyed being a member of the Southern Yacht Club with his family for over 50 years. He also loved hunting, fishing, skiing, and playing racquetball with friends. He loved the music of Jim Croce, Mama Cass, and Willy Nelson. His bespoke salad dressing recipe leaves this earth with him, as he wanted to wait until the very end to divulge it - and then didn’t. He was motivated by a powerful sense of duty to steward the responsibilities and lives with which he was entrusted. He was devoted to the staff and shareholders of Marrero Land and known as a man of integrity by business associates and friends. His family wishes to give special thanks and appreciation to his caregivers: Beverly, Brandy, Anne, and Loretta, who provided exceptional care for which the family is extremely grateful. Bucky was known, at home, for ending the day with “Lights out ladies!” So in closing, we want to say, “Lights out, Bucky! We love you. Rest easy, and we’ll see you on the other side.” A Funeral Service will be held on Saturday, October 8, 2022 at Lakelawn Metairie Funeral Home with Visitation at 9:30 a.m. followed by a Mass at 11a.m. In lieu of flowers, donations may be made to the Tulane Catholic Center, 1037 Audubon Street, NOLA 70118; The Louise S. McGehee School, 2343 Prytania Street, NOLA 70130; the UNC Lacrosse Team, 208 West Franklin Street, Chapel Hill, NC, 27599 or the charity of your choice.
See more See Less

Live Stream of chapel service will be accessible at 10:45 AM.