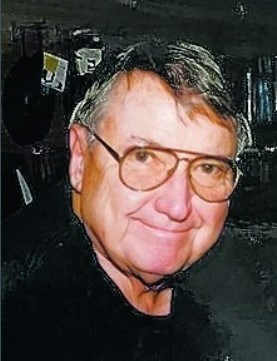 Oddino Stanley Chiocchio of Lakeview, New Orleans passed away on Sunday, November 6, 2022. He was 87 years old. Stanley is survived by his adorable wife Caroline, his two children Kate and Tommy, his son in law Jack Niemczuk, his grandchildren Mallory and Ryan Niemczuk, and his niece and nephew Ainslee and Gordon Sullivan. Stan was a graduate of Isidore Newman and the United States Naval Academy in Annapolis, MD. He received his MBA from George Washington University. Most of all, he liked flying helicopters and jets. He retired from the Navy in Norfolk, VA and moved his family back to New Orleans. He said the food was a whole lot better there. He worked in the oil field till it went bust and went on to sell insurance. He was a born salesman because he loved to talk. After retiring a second time, he became a physics teacher at his high school alma mater as well as Our Lady of Holy Cross College. He just loved teaching kids. He loved teaching so much that he became an assistant soccer and track and field coach for his son Tommy. He really loved the Louisiana outdoors - being on the water, whether it was sailing, hunting, or teaching his grandchildren the finer points of catching fish. He was a true Who Dat and season ticket holder for many years. Visitation will be held Tuesday, November 15, 2022 at ten o'clock at Trinity Episcopal Church, 1329 Jackson Ave., New Orleans, LA 70130. The funeral will be in the Chapel at 11 o'clock; please enter on Coliseum.
See more See Less