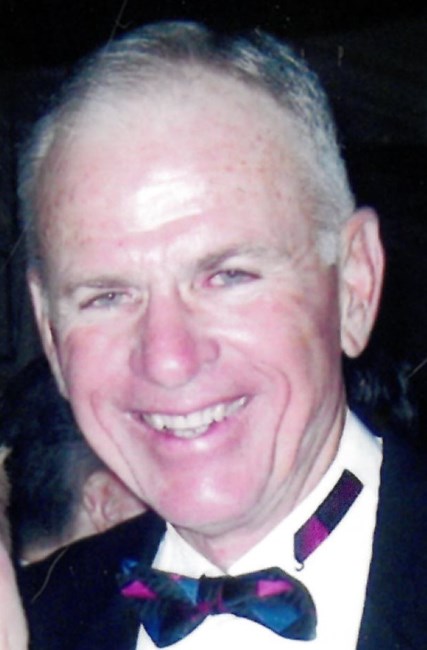 Owen Joseph LaCour, Jr. "O.J." completed his 78-year earthly adventure surrounded by his loving family on April 20th, 2022. O.J. was born in New Orleans to Owen J. LaCour, Sr. (deceased) and Lorraine Armagnac LaCour (101 years old) on March 3, 1944. The second born of seven children, he is survived by his six siblings: Judy Drez (Ron), Ronald LaCour (Joanne), Charles LaCour (Jean), Barry LaCour (Jenny), Eddie LaCour, Sr., and Karen Puente (Mickey). O.J. began his fabled basketball career at St. James Major. He excelled at St. Aloysius as captain of the state finalist Crusaders in the 1961-62 season, having beaten De La Salle in the legendary battle at Loyola Fieldhouse where he scored 5 points in 4 seconds to help the Crusaders defeat their cross-town rivals. His teammates and his talents helped him secure a basketball scholarship to Tulane University where he captained the 1965-66 team. O.J. received the American Legion Award while at St. Aloysius and graduated from Tulane with a Business degree. He served in the U.S. Air Force Reserves. O.J. began his true adventure and calling as a husband and father when he married the love of his life (and former Cookie Bowl Queen), Sandra Marie Busch, on April 1, 1967 (yes - April Fools!). In their 55-year marriage, O.J. and Sandy raised four sons: Owen "Jay" LaCour III (Stacey), Gregory Scott LaCour (Yvette), Stephen Michael "favorite son" LaCour (Sarah), and Jeffrey Brian LaCour (Jackie). O.J. and Sandy's family grew with 15 grandchildren: Patrick, Teresa, Matthew, Cole, Luke, Logan, Jude, Connor, Olivia, Jeanne, Mignon, Jolie, Lane, Clay, and Jake. O.J. began his lifelong career as a salesman at Bonded Carbon & Ribbon under the tutelage of his father. He subsequently became an owner and tried to entice his sons to join the family business by providing summer delivery boy jobs. This ploy failed and their experiences inspired his sons to pursue professional careers. O.J. was fond of reminding them that he paid for their tuition by selling pencils. O.J. was a member of Chateau Country Club where for over 40 years he hopelessly strived to become a scratch golfer. He did succeed in achieving two hole-in-ones and in developing countless friendships. O.J. was a proud member of the Serra Club, the Tuesday Wine Group, and the 76'ers Bicycle Club. He was named one of New Orleans' Best Dressed in 2007 and was inducted into the Prep Hall of Fame "Wall of Legends" at Ye Olde College Inn. He was an avid supporter of Boys' and Girls' Hope and the Notre Dame Seminary and thoroughly enjoyed his yearly retreats at Manresa. He derived great pleasure from his European and wine country travels, exercising, wine tasting, dining out, and-most recently- the Monday night rosary group. Nothing compared to the joy he experienced watching his sons and grandchildren compete in all of their endeavors. After 78 years of friends and family, O.J. was most thankful for his wonderful life stating: "I have been blessed." Service will be held at St. Anthony of Padua Church on April 30th with visitation from 10:00-12:00. Mass to follow. In lieu of flowers, donations to either the Ashley Code Project for research and treatment of pediatric brain cancer. P.O. Box 24085 New Orleans, LA 70184 or to Servants of Mary/Ministers to the Sick 5001 Perlita Street, New Orleans, La. 70122, are preferred. Special thanks to Shawanda Howard and Uncle Arthur! This obituary has been approved by O.J.
See more See Less