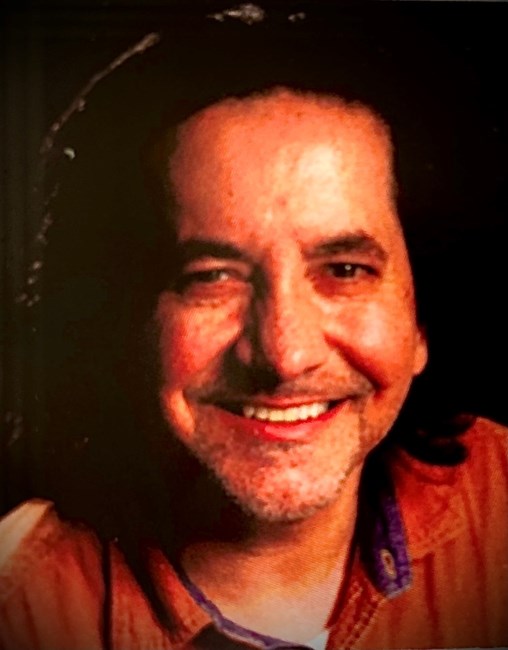 Patrick Anthony Andonie, of Metairie, Louisiana, died on Friday, August 20, 2021, at the age of 56. Patrick was born in New Orleans, Louisiana on March 28, 1965, and graduated from Archbishop Rummell High School in 1984. In 1988, he graduated from U.N.O., where he received his Bachelor’s of Science degree, and was a member of Phi Kappa Sigma fraternity. Soon after, he attended Notre Dame Seminary, pursuing his vocation for three and a half years. After the Seminary, he began his career as an accountant with Murphy & Warren CPA in Metairie. He was also a religion teacher at Rummell, St. Edward the Confessor, and Mount Carmel. Patrick also spent two and half years as a Catholic Missionary with the Lay Apostolic Ministries with the Poor in New York City, where he met his wife, Share Foundation in La Porte, Indiana, and Bishop Grady Villa in Orlando, Florida. The last few years, Patrick enjoyed being a stand-up comedian, and performed around the country. If you would like to see Patrick’s comedy, please type his full name on “YouTube”. He also enjoyed making furniture. Patrick is survived by his beloved wife, Eve Andonie; his loving parents, Dr. Jack A. and Priscilla Greenland Andonie; his sister, Jacquelyn Carnes (husband: Robert) of Baton Rouge; his brother, Jon Andonie of Dallas, Texas; his nieces and nephews, Edward Carnes, Mary Katherine Carnes, Elizabeth Sarah Carnes, Adam Carnes, Andre Andonie, and Anthony Andonie; his uncle, Jerry Duet; and his cousins, Angele Duet, Nicole Duet, Jackie Sperier, Ernie Taylor (wife: Claire), Jerry Taylor (wife: Debbie), Leigh Anne Sutton, and David Greenland. Patrick is also survived by his mother-in-law, Zofia Dunian of Silver Spring, Maryland, and his brother-in-law, Marek Tarnowski of Poznan, Poland. Relatives and friends are invited to attend the Mass of Christian Burial at St. Edward the Confessor Catholic Church, 4921 W. Metairie Ave. in Metairie, on Friday, September 10, 2021 at 12:00PM. A visitation will be held at the church beginning at 9:30AM. The recitation of the rosary will begin at 11:15AM. The interment will follow the Mass at Greenwood Cemetery. To view and sign the guest book, please visit www.lakelawnmetairie.com
See more See Less

In Memory Of Patrick Anthony Andonie