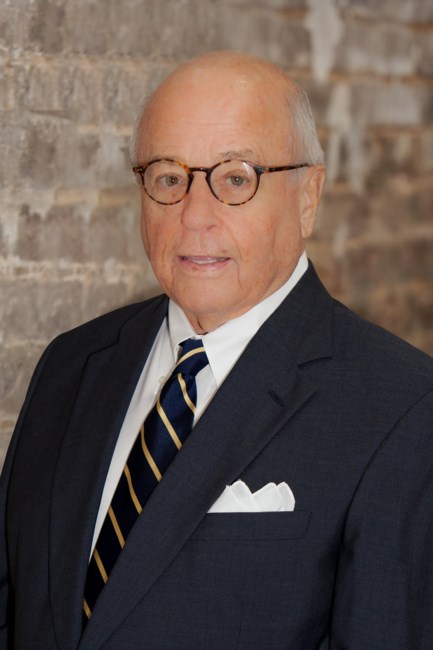 Robert Fellers Talbot, Jr., 81, died peacefully after a brief illness on Saturday, January 20, 2018, surrounded by his wife and six children. He was born on New Year's Day, 1937 at Touro Hospital. He was the third child, and only son, of Concordia and Robert Talbot. He is survived by his loving wife of 57 years, Bonnie Smith Talbot; his children, Beth Talbot Dienes (Eddie), Robert E. Talbot (Jennifer), Brent A. Talbot (Melanie), Shaun K. Talbot (Dawn), Lisa Talbot Fletcher (John), and Christopher P. Talbot; his sister, Patsy Talbot Hotard; sixteen grandchildren: Patrick (Katie), Betsy, and Caroline Dienes; Ross and Reilly Talbot; Brent, Jr., Mackie, and Lanie Talbot; Molly, Adam, and Michael Talbot; William, Talbot, and Robert Fletcher; and Lilly and Kate Talbot; a great-granddaughter, Hunter Grace Dienes; and many nieces and nephews. He was preceded in death by his parents and his sister, Betty Talbot Quinn. Bob graduated from Jesuit High School in 1955. He attended Spring Hill College and Tulane University, and served in the United States Army. He was the Founder and Chairman of Talbot Realty Group. Bob served on the Board of Administrators of Charity Hospital and on the Louisiana State Racing Commission. He served for many years at Jesuit High School, where he was Alumnus of the Year in 1996, a long-time member of the President’s Advisory Council, and a volunteer on numerous boards and committees. He was also past president of the Fathers Club at the Academy of the Sacred Heart, and served for many other civic and charitable organizations.

Bob was fiercely loyal to his family and to his Blue Jays. He loved to have a good time with family and good friends. He was a fixture along the sidelines at sporting events, enjoying watching his children and then grandchildren play. He believed in and helped to revitalize New Orleans' Warehouse District after the 1984 World's Fair. He truly lived out what he always prayed with his family, "let us ever be mindful of the needs of others." Relatives and friends are invited to attend services on Thursday, January 25, 2018, at Immaculate Conception Church, 130 Baronne Street in New Orleans; Visitation will be from 1:00-3:00 p.m., followed by a Funeral Mass at 3:00 p.m. Interment will be private. In lieu of flowers, donations may be made in his memory to Jesuit High School, 4133 Banks Street, New Orleans, LA 70119. To view and sign the family guestbook, please visit www.lakelawnmetairie.com .

In Memory Of Robert F. Talbot,