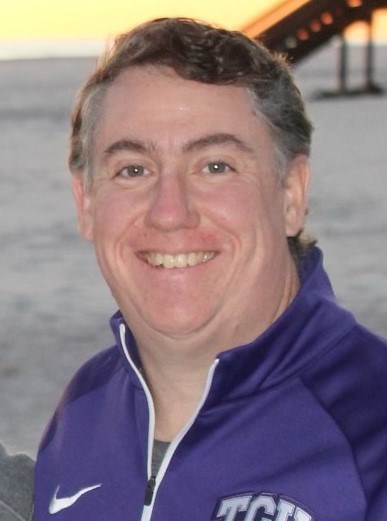 Seamus Palmer O’Donnell, 50, passed away suddenly, unexpectedly, and much too soon on Aug. 3, 2022, at his Metairie home. Seamus’s stories, humor, wit and gracious selflessness will be missed by all who were blessed to know him. Seamus enriched the lives of everyone he met, as evidenced by his many long and loyal friendships spanning time and distance. To know him was to love him and be loved by him. An extraordinary conversationalist, Seamus truly enjoyed learning other people’s stories. His own stories, though, were his hallmark, and his retelling of even mundane encounters would have his audience laughing so hard they cried. His passing leaves an insufferable void which will not be filled, but he will live on in the hearts of his cherished family and friends through the fantastic stories and memories they shared. Seamus is survived by his wife of nearly 21 years, Carolyn (Wiggenhorn). His perfectly matched partner in adventures large and small, Carolyn is Seamus’s true love and best friend. The joy, escapades and laughter they shared in their daily lives made theirs a joyous and enviable union blessed with the love and richness of friends and family. Born on November 15, 1971, Seamus was “the baby” of five siblings. Though separated by distance over the years, Seamus and his brothers and sisters remained close and connected, weathering life’s joys and tribulations together with humor and strength. He is survived by his sister Kathy, her spouse Kathy, and their son Maverick; his brother Hal, his wife Kim, and their son Gavin; his sister Erin Bergeron, her husband Oliver, and their children Colin (Emily), Brenna and Evan; and his brother Sean, his wife Leah, and their children Chris and Drew. He is preceded in death by his father, Harold J. O’Donnell Jr., and his mother, Kathleen Walsh O’Donnell. Seamus grew up in Metairie, where he made his first of many lifelong friends and attended St. Benilde School. He is a graduate of the Jesuit High School class of 1989, and graduated from his beloved Texas Christian University in 1993. (Go Frogs.) He was loyal to his alma mater and worked in finance at Jesuit, ultimately as its Director of Finance, for more than 20 years. The things Seamus loved, he loved passionately and loyally. He was a lifelong Saints fan who spent game day in the Dome for more than 15 years. He loved his team in Black and Gold, but everyone who knows Seamus knows purple is his color, which he wore often as a devoted fan of TCU football, basketball and baseball. Life events were scheduled around TCU games, and he enjoyed annual road trips with his TCU friends to attend games both in Ft. Worth and away. Seamus’s strongest passion, though, was in the relationships he forged with family and friends. While he did put family first, he defined family generously, embracing friends and family-of-family as his own, affording all those he loved with his incredible generosity and loyalty. He is “Uncle Seamus” not only to his precious biological nieces and nephews, but also to so many children of his dear friends across New Orleans and beyond who were lucky to know his fun-loving spirit, silly shenanigans and sage guidance. The cliché “never met a stranger” was perhaps coined for Seamus, affectionately nicknamed the “Mayor of Metairie” for his uncanny connections to just about everyone and his ability to run into a friend – or make a new one – wherever he went. And those meeting Seamus for the first time inevitably left the encounter better for it, laughing, and feeling they’d just made a great new friend. Which they had. In life, Seamus made us laugh until we cried. Today, we mostly cry. But his legacy will live on through his wife, his brothers and sisters, his nieces and nephews and his countless friends as they retell his stories likely bigger, bolder and wilder, and with unwavering fondness. In our shared memories, there will be laughter once again. Relatives and friends are invited to attend the Funeral Mass in the chapel of Lake Lawn Metairie Funeral Home, 5100 Pontchartrain Blvd. in New Orleans, on Tuesday, August 9, 2022 at 2:00 p.m. A visitation will be held at the funeral home beginning at 11:00 a.m. The interment will follow the Mass at Lake Lawn Park. Seamus was a regular donor of blood and blood products to The Blood Center. In lieu of flowers, the family hopes to continue Seamus’s tradition and requests donations of blood, or financial contributions in Seamus’s memory, to The Blood Center, www.thebloodcenter.org. Alternatively, contributions to the Friends of City Park in Seamus’s memory will be welcomed, www.friendsofcitypark.com. To view and sign the online guest book, please visit www.lakelawnmetairie.com.
See more See Less

In Memory Of Seamus Palmer O'Donnell