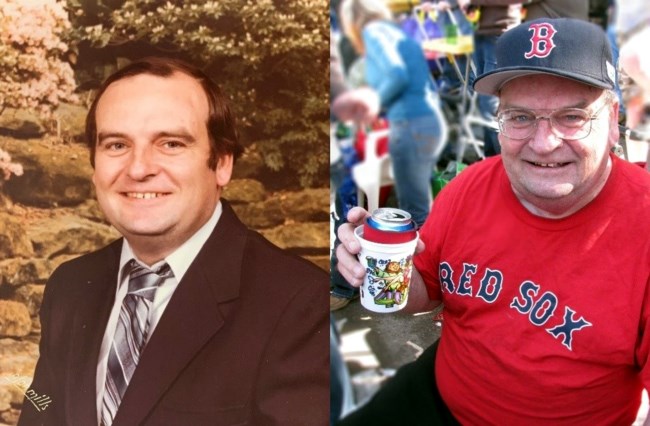 Stephen Slumber, Jr. passed away at his home on Friday, October 22, 2021 at the age of 75. Steve was father to Stephen Slumber III (Suelaine) and Kelly Allerton (Timothy), grandfather to Harry, Júlia and Finn, son of the late Stephen, Sr. and Mildred Dean Slumber, and brother of the late Richard Frederick Slumber. He was born on December 27, 1945 in New Orleans and spent part of his childhood in Pawtucket, Rhode Island before moving back to the city. Steve will be remembered as a New Orleans character, a renowned baseball and softball coach, and a sports fanatic, most notably of the Red Sox, Saints and Notre Dame football. He was the epitome of a baseball fan and attended the World Series consistently for close to forty years. He was the “Voice of the Blue Jays”, announcing Jesuit High School’s varsity baseball games for the past 27 years. He will live on in the countless kids around the city whom he coached. He was especially proud to have coached his two children in the 1980s and 90s and most recently his two grandsons over the past several summers along with his son-in-law. He also treasured his 27 years coaching the 14/15-year-old Babe Ruth baseball team at Little Farms and JPRD East Allstar team. Due to his encyclopedic knowledge of early rock and roll music, Steve was dubbed “The Oldies Professor” by friends. Under that name he had frequent guest stints on WTIX radio and DJ ’ed at parties for many years using his large collection of vintage records. He was known as the “Tambourine Man” at Saints games and could also be found playing that instrument in the streets of every parade as he was a Carnival aficionado, hitting parades in three parishes during his younger years. Steve graduated from Fortier High School in 1964 where he played the trumpet in the marching band. After graduating from LSUNO with a bachelor’s degree in history, he worked for the U.S. Army Corps of Engineers. He retired as a Supervisory Civil Engineering Technician from the Corps after an over 40-year career. He was a longtime Saints season ticket holder with Charlie’s Saints Marching Club and a member of the Lyon’s Marching Club with which he served as Grand Marshall in 1975. His children would like to thank his former wife Cathy Turner Slumber and friend Bill Babin for their support as well as Steve’s wide circle of longtime friends whom he greatly cherished. Visitation for family and friends will be Monday, November 8, 2021 from 11:30am – 2:30pm at Lake Lawn Metairie Funeral Home, 5100 Pontchartrain Blvd in New Orleans. The memorial will begin at 2:00pm followed by private burial. Because Steve was a staunch supporter of the local bar and restaurant industry, in lieu of flowers, please support a local establishment and enjoy your meal in Steve’s honor. To view and sign the family guestbook, visit lakelawnmetairie.com.
See more See Less

In Memory Of Stephen Slumber, Jr.