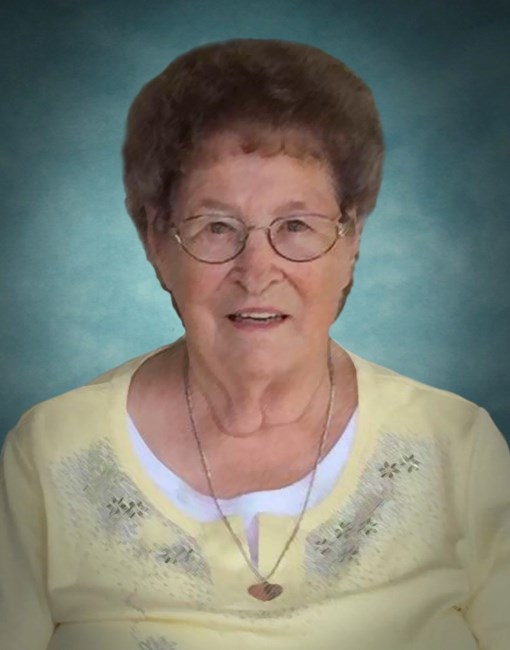 I Imogene Eldora Cooper, 96 years old, passed away on Saturday August 6, 2022, at 5:05 a.m. at the Linda E. White Hospice House, in Evansville, IN. Imogene resided at Park Place Apartments in Newburgh, IN. Born to Arval and Hilda Bufkin on June 2, 1926, in Spencer County Indiana. Imogene had an adopted sister, Brenda Earlene Bufkin-Leslie. Imogene attended and graduated high school from Gentryville, IN. She married Marion Wesley Cooper on August 3, 1946, who preceded her in death in 1971. Imogene and Marion had four children, Marion Eugene “Gene”, Ronald Dale “Ronnie”, Jackie Ray “Jack”, and Vickie Lynn. Imogene moved from Gentryville, IN with her family to Evansville, IN in the late 1950s, where they resided on the Westside of town until 1999 when she moved to Newburgh, IN. Imogene had worked at Bermans-Zenith, Bonanza Steak House, Mead Johnson, and retired from Bristol Myers Squibb in 1989. Imogene was a woman of strong faith and loved the Lord. She loved her family very much. Imogene was the happiest when spending time with family members. She was a very special woman and, in some way, touched many people’s lives. She was preceded in death by her husband, two sons, both parents, and sister. Imogene is survived by her children; Jack Cooper (Ruth) of Newburgh, IN, and Vickie Spaulding (Bob) of Chandler, IN, 22 grandchildren, 29 great-grandchildren, and 13 great-great-grandchildren, nieces, nephews, cousins, and friends. Visitation and services will be at Alexander Funeral Home – Newburgh Chapel on Tuesday, August 9, 2022 from 10:30 a.m. until service time at 1:00 p.m., officiated by Pastor Stephen Russ and Pastor Curtis Hall, with burial following at Little Zion Cemetery in Tennyson, IN. Memorial Contributions can be made in Imogene’s name to: Faith Music Radio, WGAB, 1180AM, 93.1FM, www.faithmusicradio.com. A celebration of life event will be held at a later date. Condolences may be offered at www.AlexanderNewburghChapel.com.
See more See Less

In Memory Of Imogene E. Cooper