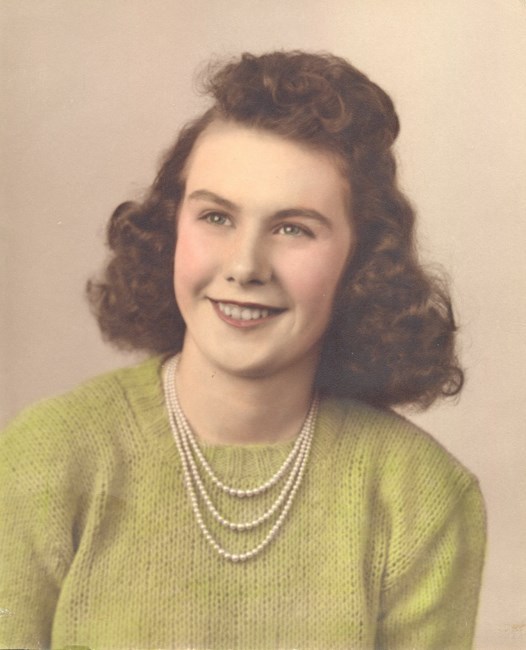 June Ginty, nee O’Sullivan, a long-time resident of the Chicago area, died Monday the 3rd of January, 2011. Born into a large family in 1928 in Chicago, IL to Eugene and Margaret O’Sullivan. June was a graduate of Visitation High School. After graduation, she became The Irish Queen for the Chicago St. Patrick’s Day Parade and went to work for Commonwealth Edison. Shortly thereafter, she met her husband, James. They were married in September, 1950 and had three children together. They enjoyed 33 years together until James’ death in August 1984. When the children were young, June went to work at Nabisco, then retired after 32 years with the company. June was preceded in death by her brothers, John and Eugene, Jr. and by her sister, Dorothy. She is survived by daughters, Theresa Dondzik and Margaret Ginty and by son, John Ginty, along with grandsons, Christopher and Kurt Dunsing, Matthew and Michael Ginty and great grandson, Thomas Dunsing. Funeral Service Saturday 10:00 a.m. at Blake-Lamb Funeral Home, 4727 W. 103rd Street, Oak Lawn. Interment Holy Sepulche Cemetery. Visitation Friday 4:00 p.m. to 8:30 p.m. Memorial gifts may be made to the Alzheimer’s Association National Office, 225 N. Michigan Ave., Fl. 17, Chicago, IL. 60601. Info, 708-636-1193 or visit www.blakelamboaklawn.com.
See more See Less

In Memory Of June A Ginty