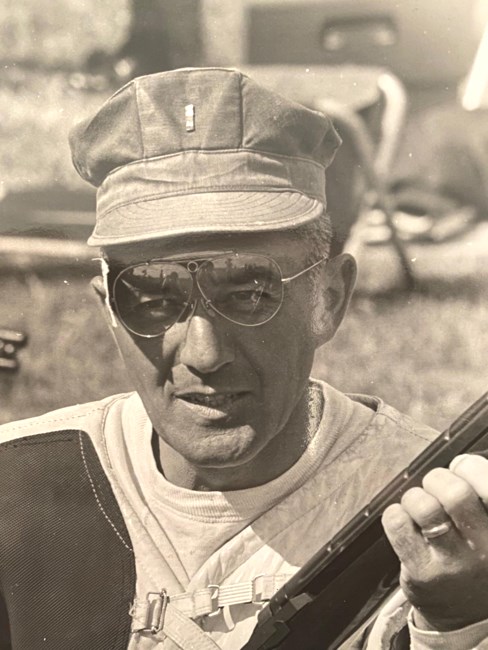 Mike was a loving husband for 67 years to Helen, a cherished Father to Maria and Michelle, and a long-time member of the Marine Corp Distinguished Shooters Association. Proud to serve his country, Mike was a China Marine at the end of WWII and entered the Korean War landing in Inchon, to liberating Seoul, then to Wonson, to being a survivor of the Battle of the Chosin Reservoir. Mike remained in Korea to finish the fight with the U.N. Troops and served in Vietnam during the Tet offensive. As his shooting buddies knew him - Gunner Pete’s accomplishments were numerous and impressive, but he as most proud of winning the National Individual Rifle Championship in 1958 and again in 1966. Gunny was the first in history to shoot a perfect score – 250 – 23 V’s. As much as Mike was a jokester, he did not brag – so we will. In 1958 Mike won the Shepherd Trophy and was the DuPont Trophy National champion. 1958 and 1966 The Daniel Boone Trophy and the Lauchheimer award. Mike was also honored with an annual trophy named after him, the “Pietroforte Trophy” which is awarded annually at Camp Perry, OH to the civilian competitor with the highest aggregate score. Mike was inducted into the Hall of Champions in Balboa Park and on the cover of the Leatherneck magazine August 1970. Mike was admired, and respected by all those he served in the USMC and will be missed by his family and those whose lives he touched.
See more See Less

In Memory Of Michael Pietroforte