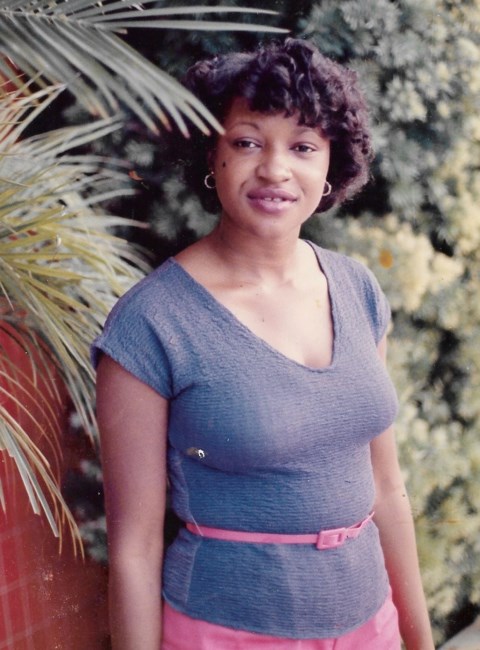 Pearlie Bell Daniels was born August 17, 1960, in San Diego, California to Mr. Roosevelt and Mrs. Odessa Washington. Pearlie was the sixth of nine siblings, which included one sister and seven brothers. She attended Lincoln High School, where she was a star athlete in Track and Field. She also attended San Diego City College and received her certificate in teaching. While on vacation in Hawaii, Pearlie met Mr. James Daniels. The two were later married and to this union, three children were born. Pearlie was a loving wife and mother and always put her family first. Pearlie loved music, dancing, sports, traveling, and helping people. Pearlie had a loving heart for all people. Whether they were her own or belonged to others, Pearlie loved to care for and interact with children. Pearlie worked as a pre-school teacher, a branch manager for two banks, and in food services on the Camp Pendleton Marine Corps base. Pearlie took pride in being the team mom for all three of her children’s sports teams. Pearlie took on this responsibility whole heartedly from the time her children began playing and throughout their high school careers. Pearlie was a member of New Venture Church in Oceanside, Ca for the past 16 years. She was also an Ever Increasing Faith ministries faith partner and attendee for over 20 years. She loved the Lord. Her favorite Bible scriptures were Romans 8:26-28. Pearlie was called home to be with the Lord on January 10, 2022. She was preceded in death by her loving parents (Odessa and Roosevelt), and her four brothers (Steven, Kenneth, Thomas, and Roosevelt Jr). She leaves to cherish her memory: her husband, James; three children, James II, Jamal, and Jakayla; three brothers, Quentin, Howard, and Clarence; one sister, Rose; two sisters-in-law, Sharon, and Delores; one daughter-in-law, Katrina; one grandchild, and a host of other relatives and friends.
See more See Less

In Memory Of Pearlie Bell Daniels