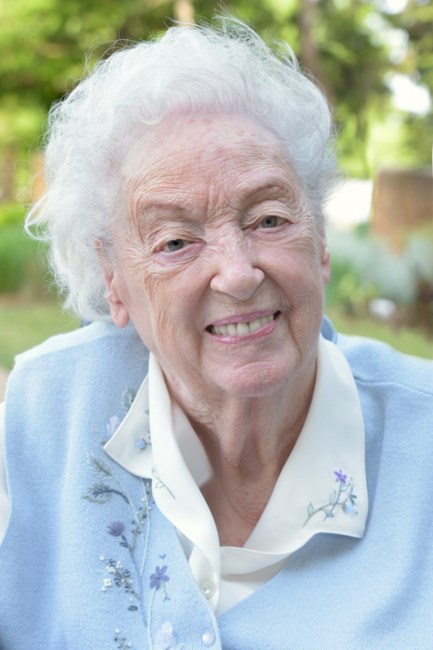 Audrey Dorothy King, 95, of Oklahoma City, passed away Monday, September 19, 2022. Audrey was born in London, England on November 12, 1926 to C.W. and Lily Hay. She grew up in Huddersfield, England and attended Greenhead High School and Leeds Business College before she joined The Women's Royal Naval Service (Wrens) during WWII. At one point during her service she was stationed at The Admiralty in London. It was there she met her future husband, an American sailor, James King. After the war, Audrey came to this country and she and Jim were married, February 8, 1948 and were married for 65 years until his passing. They had two children, son Stephen and daughter Adele. Audrey was part owner with her husband in their construction company, Central Precast. She was a long time member of All Souls Episcopal Church and a past member of Cosmopolitan Club of OKC, but her real joy was spending time with her family. Audrey is survived by her daughter Adele White, Oklahoma City; brother Peter Hay, Australia; and grandchildren Kerry Button (William) Colorado; Kyle King (Paula) Edmond; Jennifer Renfro (Jason), Yukon; Laura Nelson (Brent) , Mustang; Brian White (Sara), Edmond; Scott White (Shannon), Edmond. 15 Great-grandchildren, and 2 Great-Great grandchildren with 1 on the way. Nieces and nephews in this country and in England. She is also survived by her former Daughter-in-law, Angela King and former Son-in-law, David White both she continued to have great affection. Audrey is predeceased by her husband, James King, son Stephen King, parents C.W. and Lily Hay and her Great-granddaughter Grace White. Funeral services will be held 10:00 am, Monday, September 26, 2022 at Memorial Park Historic Chapel, Memorial Park Cemetery with visitation (if desired) from 9:00-9:30 before service. If you would like to honor Audrey's memory, donations may be made to Meals on Wheels Oklahoma City, 222 N.W. 15th Street, Oklahoma City, OK 73103. Serving as pallbearers are Kyle King, Brian White, Scott White, Zachary King, Justin Nelson, Brent Nelson and Jason Renfro. Fond memories and expressions of sympathy may be shared at www.MemorialParkOKC.com for the King family.
See more See Less

In Memory Of Audrey Dorothy King