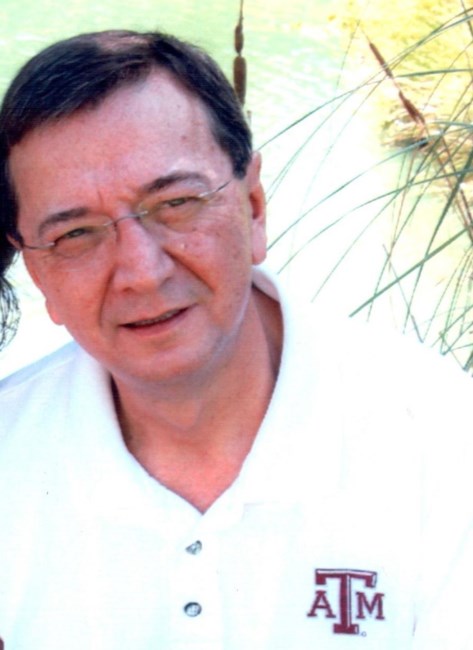 Dr. James Earl Goodwin, M.D., 68, of Edmond, Oklahoma was born to LTC (ret) William Earl (Red) Goodwin and Chieko Tajima (Bonnie) Goodwin in a USAF Hospital on Misawa Air Base, Honshu, Japan, as the oldest of 3 children, on July 3, 1953. Jim went to be with his heavenly father on Tuesday, May 10, 2022, in Edmond, Oklahoma. Jim lived throughout the U.S. and Japan growing up. He was a gifted scholar and athlete that excelled at everything he put his mind to, this led him to follow in his father’s footsteps to further his education at Texas A&M University in College Station, TX. He earned a Bachelor of Science in Zoology, graduating in 1979. After graduation he continued his education at the University of Texas Southwestern Medical School in Dallas, graduating in 1982. Jim finished his residency in Internal Medicine at University of Nebraska Medical Center in Omaha, NE. After residency, Jim practiced in Rockford, IL, before relocating to Edmond, OK, in the early 90’s, where he practiced at the Oklahoma City Clinic. He would eventually start his private practice and make the transition to an Internal Medicine Inpatient Hospitalist at Mercy Hospital Oklahoma City, where he was the first hospitalist hired when the program began in 2003. His colleagues fondly called him the “patriarch of the hospitalist group.” Jim was a life-long Aggie and dedicated alumni of Texas A&M University. He was an Endowed member of the 12th Man Foundation, while always upholding the Traditions and standards of what it meant to be an Aggie. Jim never missed an opportunity to share his pride for his alma mater, from sitting in the “senior” section with his father when he was only a freshman to ensuring that his own children bled maroon growing up. When his kids were born, they did not hear lullabies, instead he would sing the Fightin’ Texas Aggie War Hymn. Jim’s favorite moments were watching Texas A&M football games with his father and eventually his kids, he was truly a passionate Fightin’ Texas Aggie. Jim never considered practicing medicine as work, it was his true passion, second only to his children. A devoted father, he never missed an opportunity to make sure to spend quality time with his children whether it be attending a sporting event, helping with homework, or simply taking time to go out and eat sushi, where many special moments were created with his kids. He will be remembered for his steadfast commitment to family and compassion for others. He had a flippant sense of humor and truly enjoyed joking with family and friends. The more he loved you, the more he teased you. Jim was a comedian, an avid golfer, and truly had a servant’s heart. He was always smiling, hardworking, and well loved by all who knew him. He leaves behind to cherish his memory his son William Goodwin of Edmond, Oklahoma, son Isaiah Goodwin of Oklahoma City, Oklahoma, stepdaughter Jessica Williams and her husband Aaron of Oklahoma City, Oklahoma, grandsons Junior Warner, London Warner, and Sincere Williams. His brother Robert (Bob) Goodwin and his wife Karleen; nieces and nephews Jeffrey Ahn, Charles Ahn, Nathan Ahn, Christopher Goodwin, Kelly Santa Maria and her husband Vincent, Wade Brand and his wife Amy, Dennette Summerlin and her husband J.T., Todd Brand and his wife Jennifer, Abby Hamm; and his close friend Dr. Tim Grode and his wife Susan. He was preceded in death by his son Patrick James Goodwin of Edmond, Oklahoma, his wife Therese Louise Goodwin (Hamm) of Edmond, Oklahoma, his parents LTC (ret) William Earl (Red) Goodwin and Chieko Tajima (Bonnie) Goodwin of College Station, Texas, and his sister and brother-in-law Helen and Bob Ahn, of College Station, Texas. Friends are welcome to stop by Memorial Park Funeral Home on Monday, May 16, 2022, from 5p.m. until 7 p.m. to pay their respects and sign his guestbook. His life will be celebrated with a Service on Thursday, May 19, 2022, 12 p.m. at St. John the Baptist Catholic Church of Edmond, Oklahoma. Burial will follow the service at the Mount Carmel Catholic Cemetery of Perry. Honorary bearers will include William Goodwin, Isaiah Goodwin, Junior Warner, London Warner, Sincere Williams, Jeffrey Ahn, Charles Ahn, Nathan Ahn, Christopher Goodwin, Todd Brand, and Dr. Tim Grode. Please send flowers to the funeral home at 13313 North Kelley Avenue, Oklahoma City, Oklahoma. Memorial Donations can be made in his memory to the Mental Health Association Oklahoma 400 North Walker, Suite 190, Oklahoma City, Oklahoma 73102.
See more See Less