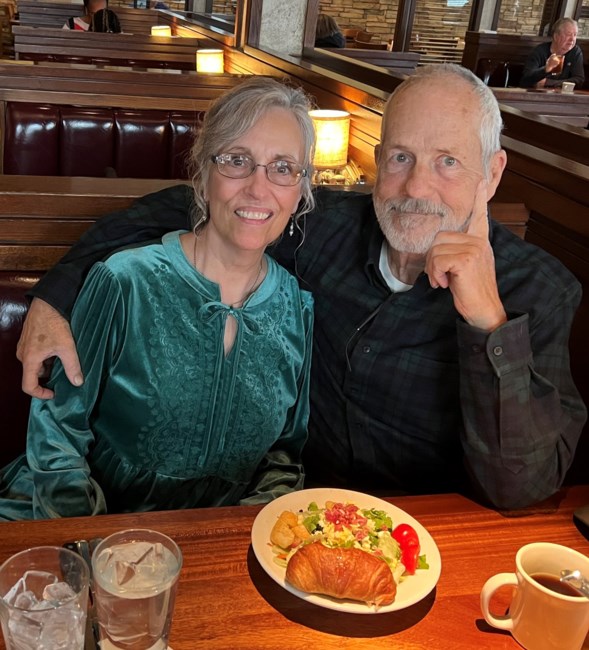 Patrick Henry Blake and Joan Elaine Blake, of Arcadia, OK, died on May 1, 2022, while visiting family in North Dakota. They were each 74 years old. Patrick was one of eight children born to John and Grace Blake. Joan was the only child of Joseph and Pearl Rogers. Pat and Joan are survived by four sons, eight grandchildren, and two great-grandchildren: Brian, wife Donielle and daughter Sophia Rose; Payton and daughters Madison and Jadyn, sons Joshua and Noah, and grandchildren Liam and Isabelle; Michael, wife Mia and sons Hudson, Weston and Finn; and Shea. Joan was known and appreciated for her service to the deaf/blind community. She was an interpreter, a teacher and a counselor who helped countless people… and she loved her work. It was truly her life’s calling. She was also a member of the Brothers and Sisters of Charity. Pat was a proud veteran of the US Army where he earned a Purple Heart while serving in Vietnam. He wore his 101st Airborne hat everywhere he went. Pat was retired and spent his time working on their land and supporting Joan in all she did. Pat and Joan loved and cared for each other deeply, and would have celebrated their 54th wedding anniversary on May 25th. They were loved by many and did their best to make the world a better place. Their warm presence will be missed. The family would like to thank the first responders, the dive team and the 911 dispatchers who assisted in the recovery. They lived up to their motto to “protect and serve.” Services will be held at 11:00 on Monday, May 16th, at St. James the Greater Catholic Church in Oklahoma City, followed by an interment ceremony at Memorial Park Cemetery. In lieu of flowers, the family asks that you make a donation in their names to the Brothers and Sisters of Charity at Little Portion Hermitage where Joan was an active member. https://littleportion.org/donate
See more See Less