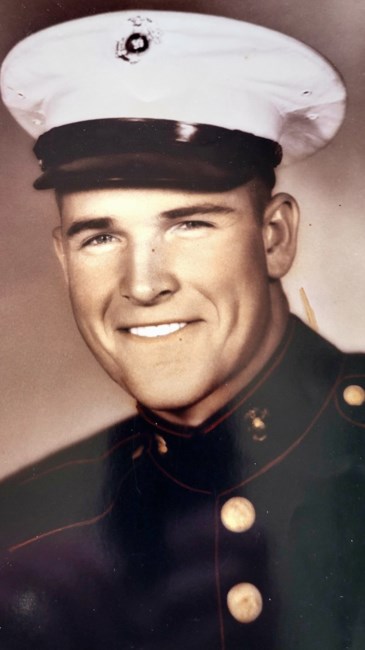 Jack Wright Horton, age 90 passed away in his sleep on July 29, 2022 at his home in Orlando Fl. Jack was born on January 13, 1933 to Marion Francis Horton and Lilly May Baker Horton in Dustin Oklahoma. After graduating from 7th grade Jack went to work to help provide for his family. His many jobs were farming, ranching, truck driver, construction worker, gold miner, and brakeman on the railroad. Then in 1951 Jack joined the United States Marine Corps and went to the Korean War where Jack received two Purple Hearts for wounds in combat. In 1952 Jack joined the United States Air Force and was in the SAC program and the military police. In 1968 Jack went to the Vietnam War were he received, the Bronze Star for action in that war. The whole time Jack was in the service and after retiring in 1973 as a Master Sergeant he continued his education. After retiring from the Military he joined the Post Office as a Mail Carrier and retired in 1997. Jack spent his retirement working in his yard, spending time with family and living life to its fullest. In 1953 Jack met Sylvia France Tincher and they were married in 1954. This marriage lasted 35 years. Jack and Sylvia had four children from this marriage, Jack, Teresa, Jean and James. Jack is survived by 9 grandkids 12 great grandkids and 3 great, great, grandkids. In 1987 Jack married his second wife Marianne Holt and they have been enjoying life together for 35 years. Marianne was by his side when Jack past. The services will be held at Baldwin Chapel Hill cemetery 2420 Harrell Rd, Orlando, Fl. 32817. In lieu of flowers the family request donations are made to the American Red Cross in Jack W. Horton’s name.
See more See Less

In Memory Of Jack Wright Horton