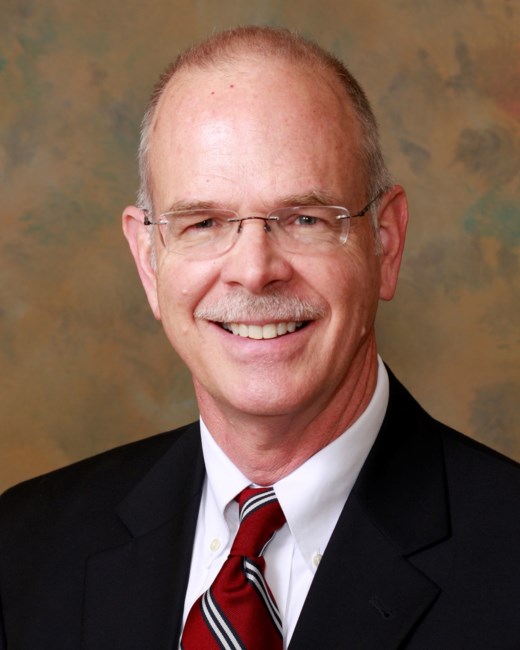 Russell Walker Divine passed away on September 13th. Russ was born in 1955 in Baltimore, MD to Larry and Ann Divine. The Divines moved to Winter Park in 1956, where Russ grew up with his brother Bill. After graduating from Winter Park High School in 1973, Russ attended the University of Florida where he earned a degree in Accounting in 1977. During his undergraduate time at UF, he served as the Treasurer of the Student Body in 1976 and the President of Florida Blue Key in 1977. He met the love of his life and wife of 44 years, Janice Jolly, after being set up by a mutual friend. They married in 1978 after Russ began law school at UF’s Levin College of Law. Upon graduation in 1980, Russ and Janice moved back to Orlando. Throughout his legal career, Russ served in many leadership roles including President of the Orange County Bar Association (1994-95) and the Florida Bar Association’s Board of Governors (2001-2005). He was a founding partner of Divine and Estes, where he served as a Partner until he retired in 2021. Russ was a long-time member of First Presbyterian Church. In his thirty years as a member, he was an Elder numerous times, a Sunday school teacher, and a leader within the youth department. He helped lead the youth department’s annual trip to Reynosa, Mexico for ten years. In particular, he loved driving a 15-passenger van full of middle schoolers over the Texas/Mexico border every day for a week so they could help build concrete houses. The role which he was most proud of at church was as a Board Member of the Heart of the City Foundation. A lifelong Gator fan, Russ was a season ticket holder for over 40 years. One of his favorite memories was attending the 1996 and 2006 National Championships. He loved watching the Gators play any sport and especially loved traveling to Gainesville. Russ loved being a dad to his two daughters - Rachel and Becca. He was was their Upward Basketball coach, chemistry tutor, volleyball tournament chauffeur, essay editor, and source of wisdom. His favorite role was Pop Pop. His three grandchildren - Lydia, Esther, and Kane - brought him immense joy. Russ’ legacy will endure through the community he built. He was a trusted, ever-present guide to many. Russ is survived by his wife, Janice, his daughters, Rachel (Gabe) and Becca (Bud) of Orlando, his brother Bill (Lori) of Panama City, his grandchildren Lydia, Esther, and Kane, and his aunt Gail Sims of Orlando. A memorial service will be held on Friday, September 23rd at 11:00 AM at First Presbyterian Church of Orlando. Reception to follow. In lieu of flowers, the family requests donations be made to the Heart of the City Foundation, 106 E. Church Street, Orlando, FL.
See more See Less

In Memory Of Russell Walker Divine