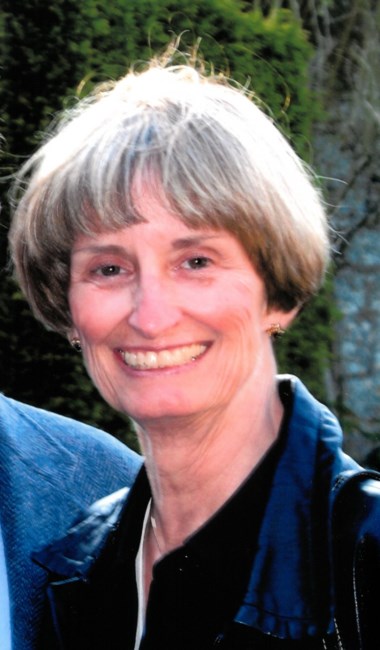 Gay Nelle Dannelly, 78, of Shawnee, Kansas, passed away peacefully at home on Sunday, July 31. Gay was born in Victoria, Texas on October 10, 1943, the only child of Fletcher and Bobette Dannelly. Gay spent time in her early years in Berkeley, California, where she was active in Girl Scouts, and where she entered her collection of 33 piggy banks into a local hobby show. Gay and her family later moved to Los Angeles where she was a member of the 1960 Homecoming Court, and a graduate with honors from the Canoga Park High School in 1961. Gay went on to earn a BA from the University of Denver in 1965, followed by a MA in Library Science in 1970. Gay began her career at the Library of Congress, and later Wright State University, before launching into a 26-year stay at the Ohio State University, where she was Assistant Director for Collection Development. It was not long before her knowledge and prowess in the field of collections were recognized not only nationally, but around the world, and she was in frequent demand as a speaker across the globe. During her time at Ohio State, Gay met her friend and husband to be, Richard, and after years of living apart and commuting to be together, they both accepted positions at The University of Notre Dame, where Gay finished her career as the Associate Director for Resources and Collections for the Hesburgh Library. During their 39 years together, Gay and Richard traveled the world for both business and pleasure. Gay was a lover of the Arts, and a generous contributor to the Kansas City Ballet and the Kansas City Symphony. As a lifelong animal lover, Gay was also a contributor to various wildlife conservancies, and was instrumental, with Richard, in the restoration and relocation of a small herd of bison to the Wind River Reservation in Wyoming in 2016. As donors to the Kansas City Zoo, Gay and Richard were pleased to be able to assist with renovations of the African Elephant enclosure, as well as the creation of the upcoming new aquarium exhibit. Gay was a wife, a daughter, an aunt, a great-aunt, a surrogate-mother, a surrogate-aunt, and a friend. Though small in stature, the magnitude of her love and generosity was large and deeply felt by everyone lucky enough to pass through her orbit. Gay was a role model to countless professional women and was most in her element when serving as a mentor, a role she cherished throughout her life. She was also a surrogate-mother to many, providing the unconditional love and support they oftentimes desperately needed. Gay was not only a brilliant self-taught chef, but she adored fine cuisine. The highlights of her travels often centered around luxury dining; Dover sole, followed by an aged tawny port at a 3-Star Michelin restaurant signified a trip well done. She could beat anyone at Trivial Pursuit and had a head full of sports statistics that rivaled any well-known expert. Gay nurtured a love for Star Trek, a core value in Richard’s family, culminating in a trip to the 50th Anniversary Star Trek Convention in Las Vegas in 2016 with Richard and their nieces, Melanie and Susan. Over the years, she cultivated an enviable collection of classic literary works, including many Agatha Christie first editions, but harbored a secret guilty love of cozy cat mysteries. Gay loved spending time with her many young surrogate nephews and nieces in South Bend and will be remembered for her love of gifting stuffed animals to them all. Gay was preceded in death by her parents, Fletcher and Bobette. She is survived by her husband, Richard; her nieces and nephews, Melanie (Susan), Jennifer, Jonathan (Alissa), Daniel (Lexi), and Michael (Julie); and her great-nephews and niece, Emmitt Brooks, Miles Brooks, Levi Jones, Gunnar Jones, Raven Jones, and Jake Jones. In lieu of a service, Gay’s wishes were for her loved ones to get together and celebrate her life with an Irish Wake. Have drink, a laugh, and a hug, and bask together in her light, which we will hold in our hearts always. Fond memories and expressions of sympathy may be shared at www.mcgilleyhoge.com for the Dannelly family.
See more See Less

In Memory Of Gay Nelle Dannelly