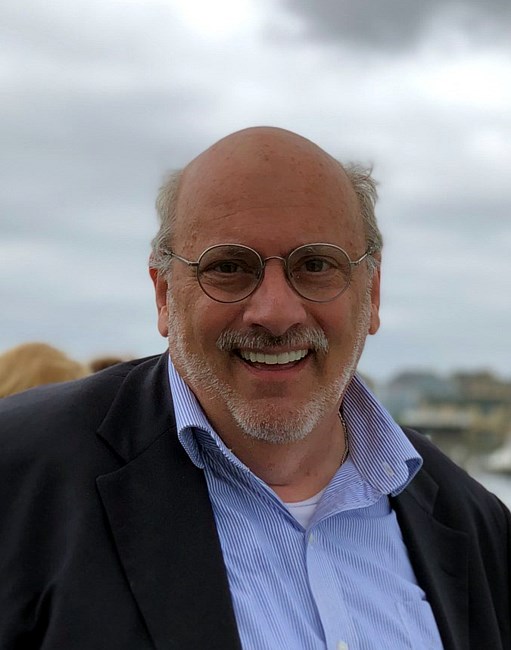 Wood Dickinson, 69 of Brookside, Kansas City, Missouri, passed away on November 13, 2021 of natural causes. He was born on September 14, 1952 to the late Glen and Georgia (Dent) Dickinson in Kansas City, Missouri. Wood attended high school at Pembroke Country Day (Kansas City, Missouri) and graduated in May of 1971. He received his Bachelor of Fine Arts in Communications from Texas Christian University in Ft. Worth, Texas in December of 1974. He married his high school sweetheart in January of 1975. Wood is survived by his spouse, Patti, and his eight children, Matthew (Miranda), of Merriam, Kansas, Elizabeth (Patrick) of Lenexa, Kansas, Claire of Kansas City, Missouri, Kathleen of Chicago, Illinois, Mary Morgan (Kenneth) of Prairie Village, Kansas, Andrew of Hollis, Maine, Meghan (Isaac) of Topeka, Kansas, Margaret of Corpus Christi, Texas and 11 grandchildren: Jordan, Jalyn, Georgia, Jessa, Piper, Lucy, Nathan, Charlie, Henry, Benjamin, Charlotte, and baby Russell expected February 2022. Wood’s greatest accomplishment and most rewarding endeavor was raising their eight mostly-terrific children with his wife, Patti. His earliest employment started in high school with his first job, scheduling tennis court time and loaning out putters for a putting green at the Glenwood Manor Motor Hotel in Overland Park, Kansas. After college, Wood worked as a film booker at Dickinson Theaters until he went to graduate school. Wood began graduate school taking a summer master level film class through the Massachusetts Institute of Technology, then completed his Master of Arts at Texas Christian University in Ft. Worth, Texas in 1977. He returned to Kansas City and started a small film and television production company, Wood Dickinson Productions. Wood left Wood Dickinson Productions in 1980 and took over Information Technology operations for Dickinson Theaters until 1990 when he became President and CEO. During his tenure Wood obtained certification as a facilitator for several Franklin Covey programs including 7 Habits of Highly Effective People and Principle Centered Leadership. Wood built multiplex theater complexes in Overland Park, Kansas, Lee’s Summit, Missouri and Tulsa, Oklahoma, among others, doubling the company’s revenue while building a culture of trust and innovation. Wood did post-graduate study in writing at the University of Missouri Kansas City’s Mark Twain’s Writers Workshop and was a Kansas State Certified Peer Specialist (CPS) through the University of Kansas Social Work Program. Wood sold Dickinson Theaters in 2000 and became the founder and President of Think!, LLC, a consulting firm located in Mission, Kansas. His clients included a wide variety of organizations, like Andrew McMeel Publishing, Universal Press Syndicate, Shawnee Mission School District, Coca Cola of Kansas City, and The City of Kansas City, Kansas. Wood worked with Franklin Covey in the development of a one-day Seven Habits class and was awarded the Principle Centered Leadership Award by the Covey Leadership Center. Wood taught a college class called Film History in American Culture at St. Mary’s University and Donnelly College. He also taught The Seven Habits of Highly Effective People for Avila University. Wood completed the Wood Badge Leadership Training from Boy Scouts of America, was a Cub Master, Scoutmaster, Camp Commissioner, and won the District Award of Merit. He was proud to participate in Scouting with his two sons who he helped earn Eagle Scout. In 2005, Wood returned to the movie business. He started renegade pictures, a feature film production company located in Fairway, Kansas. Wood developed several feature films as the company’s producer and writer. Of his films, several earned Silver and Bronze Telly Awards. This earned him a place on the Silver Telly Council and membership in the Horror Writers Association. Wood also published two books: The Madness of Robin Randle and No Windows No Doors. The latter was published in conjunction with his wife Patti, who wrote the narrative to go alongside Wood’s photography meant to fundraise for and tell the story of the homeless in Kansas City. Donations are being accepted on Wood’s behalf to St. Francis Xavier Catholic Church at 1001 E 52nd St., Kansas City, MO 64110 (www.sfx-kc.org) and Boy Scouts of America at 10210 Holmes Rd., Kansas City, MO 64131 (www.hoac-bsa.org/welcome). Wood’s visitation will be held 6 – 8:00 PM, with his Rosary beginning at 7:30 PM on Tuesday, November 23, 2021 at McGilley & Hoge Chapel, 8024 Santa Fe Drive, Overland Park, Kansas 66204. His Mass of Christian Burial will be 11 AM, Wednesday, November 24, 2021 at Saint Francis Xavier Parish, 1001 E. 52nd Street, Kansas City, Missouri 64110. Fond memories and expressions of sympathy may be shared at www.mcgilleyhoge.com for the Dickinson family.
See more See Less

In Memory Of Wood Dickinson