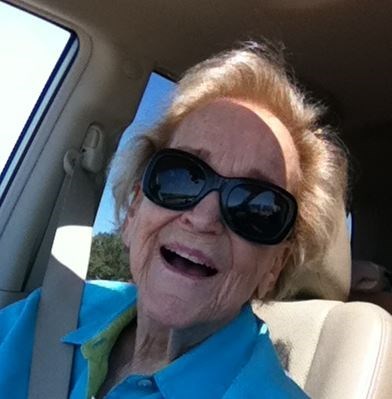 Ardi continued on her travels on Saturday, November 4th. She was born in Brooklyn, New York, to Jack and Bessie Rosenthal. She grew up and met Burt Reis there and they were married in 1941. After the war, Mom and Dad moved to Alexandria, Virginia, where their daughter Meryl was born in 1947. Shortly after, they picked up roots again, this time heading west, all the way to the west coast. They settled in Southern California, and in 1950, had a son, Glenn. Mom seemed content being a housewife, looking after all the home responsibilities. But in the mid ‘60’s, she and Dad sought something more. They decided to start a small medical and dental assisting school. Somehow, that morphed into a law school with two campuses, one in Fullerton and the other in San Diego. Mom became the chief financial officer. The schools were very successful, but the marriage ended in 1975, and soon they decided to sell the campuses. Mom began working with the Orange County chapter of the American Cancer Society. Over several decades, she served as its president and chairperson of the board. She even had an award given in her name. In 1986, some friends introduced Mom to Harold Ladin. It was a match made in heaven! They shared a love of bridge and a passion for travel. They traveled the world extensively. In their kitchen hung a large map of the world, with different colored pins indicating where each of them had traveled before they met, and all the places they went together. Seriously, you could hardly see the map for the pins! They spent the best years of their lives together. Never a cross word, always holding hands. Mom lost Harold in 2009. A few years later, she moved to Monterey to be closer to her family. We were grateful to have her nearby. She was predeceased by her parents, her beloved husband, Harold, and her wonderful daughter, Meryl. She is survived by her son, Glenn Reis, daughter-in-law, Megan Reis, and sister-in-law, Bea Hanser. She was a woman of great style, elegance, and adventure--known for her beautiful smile. We wish her bon voyage. To sign Ardi’s guest book and leave messages for her family, please visit www.thepaulmortuary.com.

Arrangements under the direction of The Paul Mortuary, Pacific Grove, CA.

In Memory Of Ardiste R. Ladin