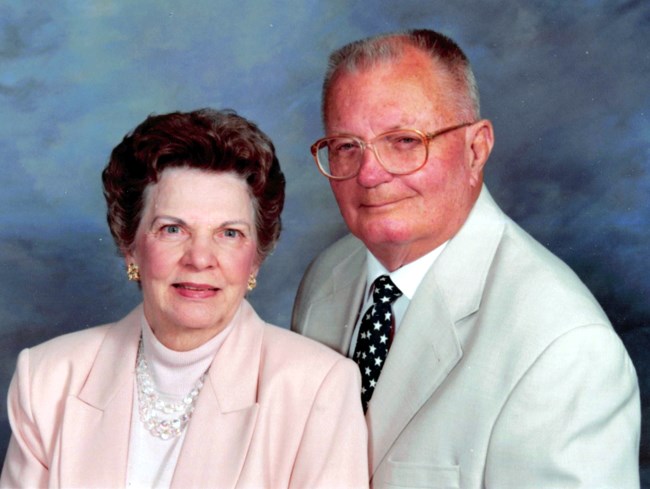 Elah Diamond, known to her many family members and friends as Sandy, passed away at her home in Pasadena, Texas on May 4, 2022. She was ninety-one. Born in Dallas, she was the daughter of George Willis and Anice Hendrix and along with her two sisters, Mary George and Jean, moved to Pasadena in the 1930s. After graduating Pasadena High School, she married Robert Keith Diamond Jr in 1947 and the two sweethearts were married until his death in 2014, shortly before their sixty-seventh wedding anniversary. After his death, Sandy remarked the next July on her own birthday, that she had “never spent a birthday without him since she was sixteen.” They had one daughter, Pam, but as Sandy’s two sisters had many children, “Uncle Robert” and “Aunt Sandy” devoted much of the next six decades to enjoying and looking out over a generation of nephews and nieces—and the generations to come. Christmas eve was always an all family event. Sandy began planning and shopping for the Christmas even the summer before, aided by her legendary supply of coupons. No child was ever born that was not greeted with a gift and acknowledgement and a trip to Aunt Sandy. Their lifetime was carefully, lovingly made full with family, the expert growing of roses and tomatoes, bridge and exquisite knitting and embroidery for Sandy, fishing and hunting for Robert—always attended by a small dog, usually most comfortable on Uncle Robert’s lap. Known for their generosity and kindness, the couple belonged to Sunset Methodist Church where they worked in the food pantry, work Sandy continued after her husband’s death. Both Sandy and Robert worked on the Houston Ship Channel—Robert Keith as an electrician and labor union steward at DuPont and Sandy as a much respected executive secretary at Todd Shipyard. Loving her job, she would have worked many years more and had no wish to retire but when the plant closed, she employed her considerable research and financial skills to locate luxurious travel bargains for the two of them. Following retirement the couple who had never flown commercially but two or three times in their lives, quite literally became world travelers. And after years of exciting cruises and trips—Europe, China, Russia—the two came home to the next, fulfilling joy: grandchildren. Their grandson, Andres and his wife Virginia had three exceptionally lively boys, Andy, Nicholas, and Daniel. Sandy was preceded in death by her sister Mary George and husband, Leonard Fitzwater, and her sister, Jean, and husbands, Wayne Sager and John Cone. She is survived by her daughter, Pam, her grandson Andres Diamond-Ortiz and his wife, Virginia and grandson’s, Andy, Nicholas and Daniel. She leaves behind adoring nieces and nephews, Wayne Sager, his wife Mary, Debbie Wisenbaker and husband, David, Don Sager and his wife Barbara, and Cindy Corbell and husband Brian, Leonard Fitzwater Jr. and wife Marsha, Anice Rayburn, Keith Fitzwater and wife. Another generation of great nieces and nephews also lovingly survive her: John Michael Sager, Jaclyn Sager, Shannon Dawson, Kari Wisenbaker, Jessica Antoline, Keith Sager, Ashley Luna and Cody Corbell. She is also survived by great-great nephews and nieces: Henry and Emma Sager, Dillon and Brody and Naomi Dawson, Kyndal and Kendrik Johnson, Gianni and Ava Antoline, Cole and Eli Sager and Mia, Leo, and Nico Luna. Special thanks to Glenda Ridens, Sandy’s morning coffee buddy and best friend. Deepest gratitude to Debbie and Wayne and Mary for all the loving help.Thanks also to HCT Hospice, nurse, Theresa, and, aide, Jannette. In lieu of flowers, donations may be sent in Sandy Diamond’s name to Sunset Methodist Church, general fund. Visitation will be held Friday, May 13, 2022 from 10:00AM to 11:00AM with a Celebration of Sandy's Life beginning at 11:00AM, at Sunset United Methodist Church, 709 Allendale, Pasadena, Texas 77502. Immediately following she will be laid to rest at Forest Park East Cemetery. Fond memories and expressions of sympathy may be shared at www.grandviewfunerals.com for the Diamond family.
See more See Less

In Memory Of Elah "Sandy" Diamond