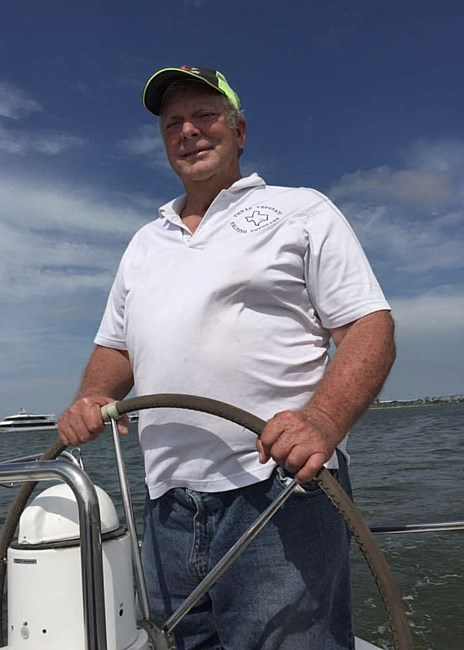 “Butch” Harold Lockwood Forest, Jr., age 75, of La Porte, Texas, was brought in to this life in Galveston, Texas on March 27, 1946 to Harold and Charlene Forest. He has been married to Laura Forest for 33 years; and departed this life July 13, 2021, in Galveston, Texas while doing what he loved.

Butch was blessed with a lot of family and friends; and gifted with giving and receiving. The “how” and “why” was all in God’s plan, and not for us to understand. He served our country as a Marine during the Vietnam War. Then later, as the founding member and president of Veterans Helping Veterans; providing clothing, food, and assisting other Veterans with VA services. However, his heart was not just for our Veterans, but for any one he found that had a need. He provided food and clothing for the homeless, flowers on Mother’s Day to mothers in nursing homes, and hosted parties for children with special needs. He never met a stranger, and gave second chances to those who others had not. He worked as an electrician for Fowler Engineering and was a member of International Brotherhood of Electrical Workers. Amid all of his happenings, Butch would always find time to fish; on the surf or miles off the shore, or just wading out to his favorite spot on a San Luis sandbar. He always had a story to tell. And, if you have ever doubted Butch’s tales, just ask his family and friends; or anyone who took his offer to toss a coin, or played cards opposite of him

He was preceded in death by his parents, Harold and Charlene, and his sisters Kathy, JoAnne and Yolanda, and brother Bubba (Harold III).

Butch will be lovingly remembered by his wife, Laura Forest of La Porte, his sons Michael Good of Clear Lake, Paul Skinner of Deer Park, Robert Skinner of Richmond, and daughter, Lori McGrew of Pasadena; his grandchildren, Stefan Eldridge of Pasadena, Saige Eldridge of Pasadena, Elyssa Zuniga of Lacey, WA, Oliver Buck of Buffalo, NY, Caleb McGrew of Pasadena, Tristan Good of Clear Lake, Ryan Skinner of Richmond, and Alex Massey of Deer Park, and great-granddaughter Amiela Zuniga; as well as, by his sisters Mary Ann Payne of Houston, and Tonya Forest of Los Angeles, CA, and by all of his nieces, nephews, and cousins.

In Memory Of Harold Lockwood Forest