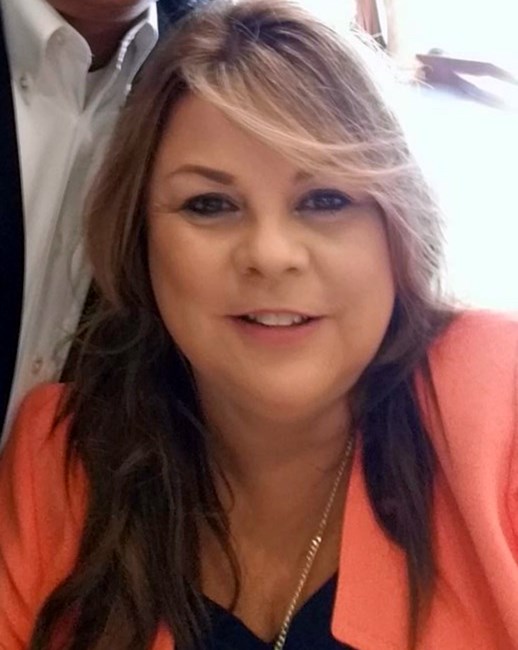 Kathy Lori Sanchez, 53, of La Porte, Texas, passed away Tuesday, September 17, 2019. Kathy was born in Fort Worth, Texas on November 17, 1965 to Carolyn and Charles Sartor. She married Genesis Sanchez on September 26th, 1984. They made their home in La Porte, Texas with two beautiful daughters. Kathy received her master’s degree from Ashford University in Early Childhood Development. She devoted her whole career to educating children and was a professor at San Jacinto College for future educators. During her time as an early childhood educator and director, she served many different positions and was among one of the most accredited directors in the area. One of Kathy’s most recent accomplishments was earning a national accreditation at San Jacinto College’s Lab School for early childhood development. Kathy Sanchez is survived by her husband of 35 years, Genesis Sanchez; son of Genesis Sr. and Consusion Sanchez; daughter CieCie Sanchez and Joel Torres, and grandchildren Ava and Mateo Sanchez-Torres of La Porte; daughter and son-in-law Chelsea and Andrew DeWalle of League City; daughter and son-in-law Ahamaree and Randy Hagan, and Jackson; brother and sister-in-law Mark and Lisa Sartor of Deer Park; Nieces and nephews: Scott Sartor and family, Chad Sartor, Craig Sartor and family,Caylee Smith and family; Suzanna Sanchez, Miranda Sanchez and family, Jacob Sanchez Jr., and Jeremiah Sanchez. She is preceded in death by her parents, Charles and Carolyn Sartor; brother Mike Sartor; and sister Cheryl Sartor. Memorial service will be held at Grand View Funeral Home in Deer Park, Texas on Monday, September 23rd at 2pm. In lieu of flowers, donations can made in Kathy's honor to CASA of Galveston County or La Porte Animal Shelter.
See more See Less

In Memory Of Kathy Lori Sanchez