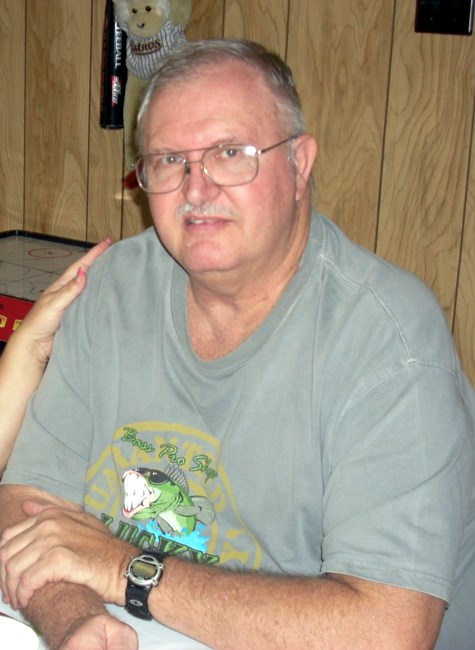 Victor Michael “Mike” Aydell Sr., 75 of Rosharon, Texas, was born on March 7, 1947 in Annapolis, Maryland to Victor “Vic” Joseph and Nadia Louise Aydell. Mike served in the United States Air Force for four years; shortly after his time serving, he met his wife Elaine. They met in Houston, Texas where they fell in love. A few years later, they decided they wanted to build a beautiful home to match their family. He is a husband; father, brother, papa, friend, veteran, and the best fishing partner. Mike loved fishing, eating, and taking care of the ones he loved. He is survived by his wife of 48 years Elaine Smith Aydell, daughter Laura Aydell, grandchildren: Bryce Gilcrease, Paige Madison Aydell, Bailee Aydell Gilcrease and Brooke Aydell Gilcrease; sister Sharman Aydell Corbitt and husband Richard; brother-in-laws: James Blackstock, David and Darlene Smith, Robert and Anita Smith, Steve and Lori Smith, and Ed and Pam Smith, and sister-in-law Judy Smith and Donnie Creppel. Also, mother-in-law Estelle Smith, nephew Brian Blackstock and wife Caris and children Jack and Elise; nephew Chris Corbitt and wife Amy and children Hayden and Harper; nephew Kevin Corbitt and wife Kendall and daughter Emily. Mike also leaves behind a host of nieces and nephews and other extended family members. Mike is preceded in death by his parents Victor Joseph and Nadia Louise Aydell, sister Donna Aydell Blackstock, and son Victor Michael Aydell Jr. Today we celebrate Mike's life because he is in heaven with our Lord, Jesus Christ. We celebrate knowing he is fishing alongside his son in a place where we can only imagine. A visitation for Michael will be held Sunday, May 15, 2022 from 2:00 PM to 5:00 PM at Grand View Funeral Home, 8501 Spencer Highway, Pasadena, Texas 77505. A graveside service will occur Monday, May 16, 2022 at 11:30 AM at Grand View Memorial Park. Fond memories and expressions of sympathy may be shared at www.grandviewfunerals.com for the Aydell family.
See more See Less