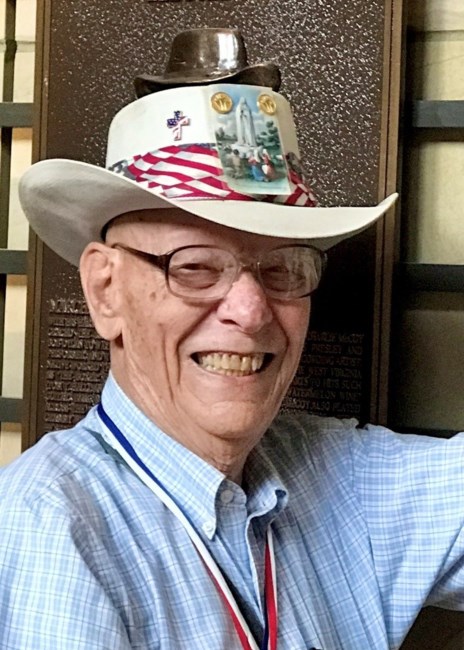 A Life Dedicated to Family, Faith, Country and Service “Pray, hope & don’t worry.” ~ Saint Padre Pio Born December 28, 1931 in Zenda, Kansas, Leo Fredrick Kimminau, Sr. (Maj. USAF, Ret.) flew west for the last time and passed into eternal life on April 3, 2021, Holy Saturday, in Tucson, Arizona. “Pop-Pop,” as Leo was affectionately known to his family, is survived by his devoted wife of 65 years, Elsie Jane (Youngers), their children Larry, Chris, Mary, Leo Jr., Don and Pam, along with their spouses, ten grandchildren, five great-grandchildren, brothers Paul and Jim, their wives, and numerous nieces and nephews. Leo graduated from Scott City High School (KS) in 1949, enlisted in the Air Force in 1951 and was first certified as an aircraft mechanic in 1952 before entering pilot training. He earned “Distinguished Graduate” honors from Pilot Training Class 54-E (the “Awesome Aviators”) and was commissioned as a 2nd Lieutenant in the United States Air Force in March 1954. Leo’s pilot adventures took him all over the world and included time flying the C-124, C-54, T-39, O-1 and F-100, among other aircraft. Leo served in Vietnam as a Forward Air Controller flying the O-1 “Birddog” from January 1966 through December 1966. He received the Air Medal, Bronze Star and Distinguished Flying Cross before retiring from the Air Force at McConnell AFB (KS) in March 1972. After military service Leo relocated his family to Monument, CO where he worked tirelessly in various corporate purchasing positions while pursuing his Bachelor of Science degree (Technical Management) evenings and weekends. He graduated from Regis College (Cum Laude) in 1982. During retirement years in Tucson, AZ he continued to serve by volunteering his time developing the Legion of Saints Pius X & Padre Pio; organizing 54-E Reunions; acting as a docent at the Pima Air & Space Museum and Tohono Chul Gardens; as President of Horizon Heights Homeowners Association; and working on numerous campaigns for the Arizona Republican Party. Leo was honored and proud to serve his country through military service. Even more so, he was a passionate Catholic, considered himself a servant and “hod carrier” for the Holy Family and the children of Fatima, prayed the Rosary daily, and was a fierce advocate for the restoration of the Traditional Latin Mass. Along with his unwavering Catholic faith, “Pop-Pop’s” greatest pride and joy was reserved for his family to whom he devoted his life, love and full service. Eternal rest grant unto him, O Lord, and let perpetual light shine upon him. May his soul and all the souls of the faithful departed, through the Mercy of God, rest in peace. Amen. A Rosary will begin at 5 p.m. Friday, April 16th with visitation following until 7 p.m. at Resthaven Mortuary & Memorial Gardens, 4310 East Southern Avenue, Phoenix. A Requiem Mass will be said on Saturday, April 17th at Our Lady of Sorrows, 750 E. Baseline Road, Phoenix. Mass will begin at 11 a.m., preceded by a Rosary at 10 a.m. Interment will be on Tuesday, April 20th at St. Peter’s Catholic Cemetery in Willowdale, KS. In lieu of flowers, donations can be made to either of these organizations which held special significance to Leo: The Immaculata Church Project 200 East Mission Street Saint Marys, KS 66536 785-437-2471 x110 https://www.anewimmaculata.org/donate St. Thomas Aquinas Seminary 1208 Archbishop Lefebvre Avenue Dillwyn, VA 23936 Phone: (434) 505-7007 | Fax: (507) 216-6243 https://stas.org/en/donations
See more See Less