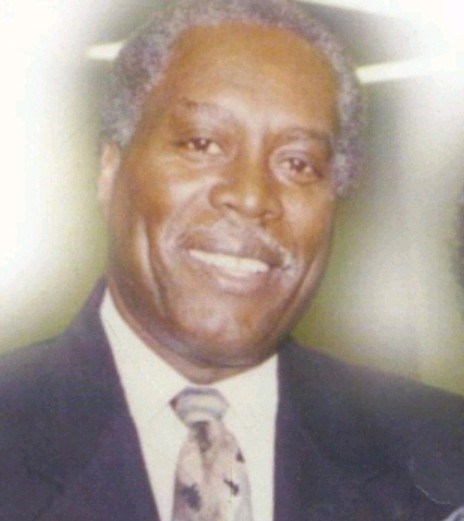 Merlon Mack Thompson passed from this life October 4, 2022 in Phoenix, Arizona. Merlon Mack Thompson born on June 10, 1941 to Hiram & Mary Thompson in Clarksville, Texas, raised in Denison, Sherman, Wichita Falls, and Lubbock, Texas. He was the second child of eight children. Bruce Thompson (Vonnie), Naomi Ruth Woods, Fred Thompson (deceased), Linda Pride (deceased), Bobby Thompson (deceased), Leo Thompson, & Ann Lewis. Merlon & Evelyn were married Sept 4, 1960. Their union produced four children: Melvin, (Vinetta), Janice, Priscilla (deceased ) & Michelle Thompson. Along with three grandchildren: Miles Thompson, Morgan Thompson, & Xavier Thompson (deceased ). He is also survived by a host of nieces & nephews. Merlon Mack Thompson graduated 1967 with a BA, Equivalent, in Biblical Studies, from Sunset School of Preaching in Lubbock, Texas. ❖ Secular Education: Business Administration, Joe Wheeler School of Business Muscle Shoal, Alabama. ❖ Associate of Arts degree from Maricopa Community College Phoenix, Arizona He began his ministry at the Third Street Church of Christ in Crosbyton, Texas in 1966 to1968. Then High Street Church of Christ in Tuscumbia, Alabama from 1968-1971. Then Tonto Street Church of Christ in Phoenix, Arizona. Laboring in Lord’s vineyard as both Minister (1971-2018) & (Elder 2009-2022). Developing and delivering mature sermons, teaching lesson biblically based, “sound in doctrine.” Presenting workshops to strengthen and appearing as a guest speaker, lecturer at local & national lectureships. Providing answers from the word of God for the problems and crises facing the brotherhood. Equipping the church and its leadership in the work of God in various programs; *Personal Evangelism Programs *Zone Program *Christ Ambassadors *Fishers of Men *National Youth Conferences *Chairman of Several “Preacher’s Forums, *Trained young men to become Preachers of the Gospel *Director of a Satellite School for 6 years (a branch of the Sunset international Bible Institute) *Chairman of the Annual Arizona Lectureship until 2019. (Now in its 37th year) A faithful man of God for 56 years Ephesians 4:11-13 “And he gave some, apostles; and some, prophets; and some, evangelists; and some, pastors and teachers”. “For the perfecting of the saints, for the work of the ministry, for the edifying of the body of Christ”. “Till we all come in the unity of the faith, and of the knowledge of the Son of God, unto a perfect man, unto the measure of the stature of the fulness of Christ”. Fond memories and expressions of sympathy may be shared at www.resthavencarrtenney.com for the Thompson family.
See more See Less

In Memory Of Merlon M Thompson