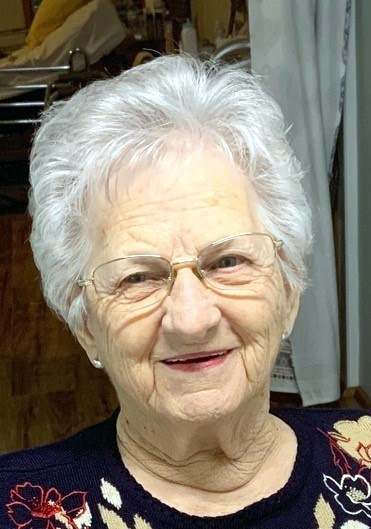 Dora Cavalier Richard, age 89, a native and resident of Pierre Part, Louisiana passed away on Thursday, July 21, 2022. Dora was born June 16, 1933. Dora was a devoted wife, mother, grandmother, great grandmother, sister and friend. She had a deep love for her family. She really enjoyed gatherings with her children, grandchildren, great grandchildren, sisters and friends. Dora retired from The Assumption Council on Aging and was honored as the winner of the 2019 Louisiana Sr. Olympian Award. She was also given the Governor's Legacy of Achievement Award (Assumption Parish Council on Aging). Dora was a member of the Ladies Auxiliary and St. Joseph the Worker Catholic Church. She was a devoted Catholic and her faith was very important to her. She loved to dance, go to the casino and her favorite time of the year was Christmas, she looked forward to her "Kris Kringle" gifts. Dora is survived by her daughters, Susan "Sue" Richard and Marlene "Nean" Richard Guillot (Frank); sons, Bernard Richard (Gail) and Timmy Richard (Jill); sisters, Delta Theriot and Doris Richard; grandchildren, Shanda (Edward) Theriot, Rory (Tracey) Alleman, Lyndsi (Jacob) Landry, Kaylin (Andrew) Thevis, Shane (Kayla) Richard, Jodi Richard Mabile, Todd (Shea) Richard; great grandchildren, Alexis and Maci Douglas, Sydni and Brooks Alleman, Ridge and Kase Landry, Beckett Thevis, Hayes, Ann and Greysen Richard, Reece and Aubree Mabile and Ava Richard. She was preceded in death by her husband, Gerald J. Richard; parents, Anatole "Mack" Cavalier and Adolphine "Finn" Berthelot Cavalier; grand daughter, Mishae Richard; sisters, Beulah C. Templet and Mabel C. Leonard. Pallbearers will be Bernard and Timmy Richard, Frank Guillot, Rory Alleman, Shane and Hayes Richard. Visitation for Dora will be held Monday, July 25, 2022 from 8:00 AM to 10:45 AM at Ourso Funeral Home, Pierre Part, LA. A mass of christian burial will be Monday at 11:00 AM at St Joseph the Worker Catholic Church, 3304 Highway 70S, Pierre Part, Louisiana 70339. Burial will follow in St. Joseph the Worker Cemetery, 3304 LA HWY 70 S, Pierre Part, Louisiana 70339. Fond memories and expressions of sympathy may be shared at www.oursofhpierrepart.com for the Richard family.
See more See Less

In Memory Of Dora Cavalier Richard