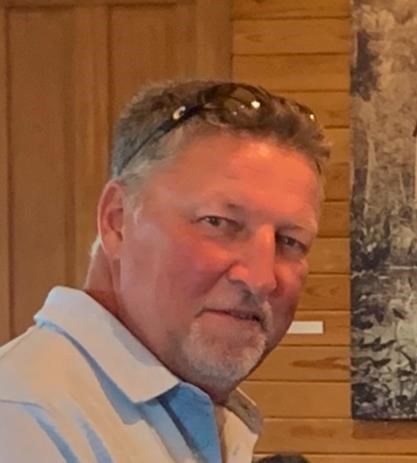 Glenn Joseph Hebert, age 55, of Pierre Part, Louisiana passed away on Tuesday, July 12, 2022. Glenn was born April 4, 1967. Glenn was married to his best friend for thirty five years, together they raised a beautiful family. He was a loving father to his two daughters and a beloved pawpaw to his grandchildren. In his early years he worked as a pipefitter. Through hard work and determination he quickly began to oversee major projects in the construction industry and eventually worked as a Senior Project Superintendent for Repcon, Inc. Glenn enjoyed spending time with his family, fishing, camping, playing cards, and especially playing golf with his friends. Glenn leaves behind to cherish his memory his loving wife, Rhonda Blanchard Hebert; two daughters, Brittany Sedotal (Eric) and Brooke Hebert (Shaun); four grandchildren, Lincoln, Weston, Andrew, and Emma Sedotal; favorite pup, "his baby" Molly Sue; five siblings, Rita Mae Metrejean, Veronica Cavalier, Melanie Rivere, Adam Hebert, and Wilbert Hebert Jr. He is preceded in death by his parents, Wilbert Sr. and Loretta Hebert and one brother, Gaedric Hebert Sr.. A visitation will be held at Ourso Funeral Home in Pierre Part on Friday, July 15, 2022 from 5pm until 9pm and will resume on Saturday, July 16, 2022 at 8am until Service at 11am. Conducting the service will be Pastor Joe Sedotal. Burial to follow in Sacred Heart Cemetery in Belle River. Fond memories and expressions of sympathy may be shared at www.oursofhpierrepart.com for the Hebert family.
See more See Less

In Memory Of Glenn Joseph Hebert