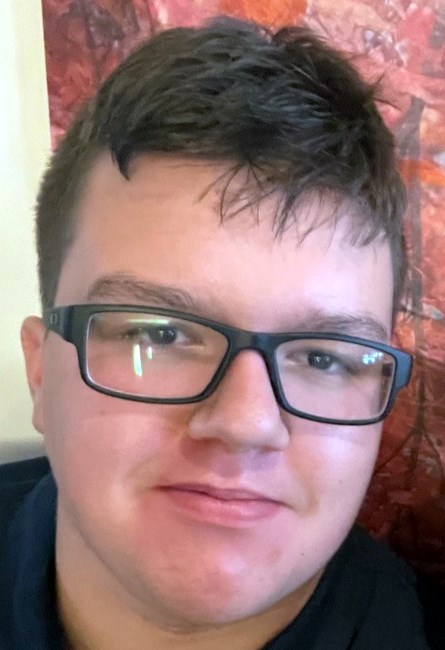 Christopher James Arthur, 15, passed away unexpectedly July 23, 2022. Christopher was born on August 16, 2006, in Stuart, Fl. He was a lifelong resident of Port Saint Lucie. He was in the 11th grade at SLW Centennial HS. Christopher loved Star Wars, astronomy, astrology, Nasa, Star Trek, Pokémon, Stranger Things, Breaking Bad, Marvel Universe, anime, nature, crystals, drawing, gaming, money, going to the flea market, and building Legos. He was a sci-fi fantasy writer. He was a cosplayer and went to as many conventions as he could. He was a member of the Galactic Academy, and he knew that one day he would be a member of the 501st. He started out as a tie pilot reserve and then he was Director Krennic. He is now forever an ISB Officer and had planned to become many more. His passion was rescuing animals. He would go door to door collecting funds for his animal rescue business. He loved to volunteer at the local animal shelters and make a difference in their lives. He was quite the entrepreneur and had many business interests. His most current was candle making which was named Flame Game Candle Creations. He learned to drive the boat and loved the ocean. He recently vacationed at Venice Beach where he went shark tooth hunting. He loved the holidays, especially Halloween and Christmas. He made frequent visits to the comic bookstore and Treasure Coast Magic Store. His dream was to be a worldwide traveler, chasing twisters in Oklahoma and building a mansion in Alaska where he would have huskies as pets. He had a wonderful sense of humor and could put a smile on anyone’s face. His favorite place to eat was Subway. Christopher loved his family and friends with a passion. He was his mom’s best friend. They were inseparable and did everything together. He was her biggest fan. He was the apple of his Papa’s eye, his grandson, his first boy. Christopher spent many of his days with his Nana and Papa, learning so much from them and even rode on the Harley with his Papa. He loved the adventures that him and his dad did together, like Funko Pops, Star Wars, gaming, and Comicons. He loved spending the night with his sisters, Brittany and Brianna, watching scary movies, ordering Chinese food, helping them with their business, and hanging out with their boyfriends Mike and Gabe. Christopher enjoyed spending time with his sister Marissa, having in depth conversations about life and his plans for his future. He recently became an uncle for the second time. His brothers Josh and Ryan adored him. He had a special relationship with his TT and uncle Frank and wanted to one day have a franchise of their business. His best friend Juliana made him feel so loved every day, giving him the encouragement and acceptance to be himself. Over the years he has had many friends but his longest were Caden and Paul, who he grew up with. He had a special bond with his neighbors Bob, Ashley, and Wesson. He especially loved his mom’s significant other Craig, who impacted his life in such a positive way. He loved his middle school teacher Miss Shanae Roberts, who inspired and encouraged him to be the best he could be. He grew up surrounded by his mom’s best friends and was everyone’s little boy. No matter where he was, he was always with family and surrounded by love. He is survived by his mother Renee Arthur (Craig) and father Robert Arthur, his sisters Brianna and Brittany Hewitt and Marissa (Zak) Kuhn, his brothers Josh and Ryan Arthur, his grandparents James and Ramona Orvis, his aunt Christina (Frank) Bianco, his nephews Aaron and Grayson Arthur, his great aunt Michele Gangemi, and many aunts, uncles, cousins, and friends. He was predeceased in death by his great-grandmothers Lillian Gangemi, Alice Orvis, and grandparents Robert Sr. And Dianna Arthur. He was loved by so many and will be missed so much. Christopher will never truly know how many lives he touched. In lieu of flowers, memorial contributions can be made to Dogs & Cats Forever or The Humane Society of St. Lucie County Humane Society in Christopher’s name. A gathering of friends and family. for Christopher will be held Saturday, July 30, 2022 from 1:00 PM to 4:00 PM at Aycock Funeral Home, 1504 Southeast Floresta Drive, Port St. Lucie, FL 34983. Fond memories and expressions of sympathy may be shared at www.aycockportstlucie.com for the ARTHUR family.
See more See Less

In Memory Of Christopher Arthur

Gathering of Friends and Family.