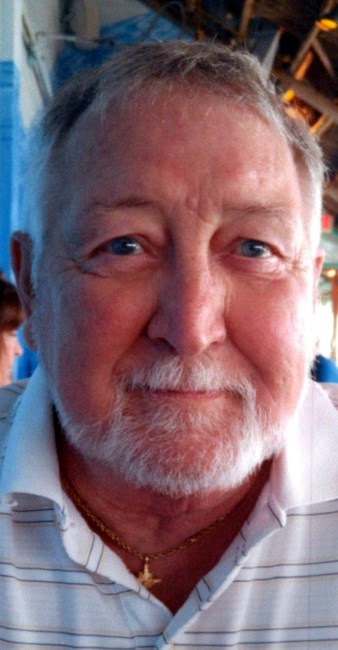 Donald R. Banks Jr., age 75, passed away on Friday, January 17th, 2020 after a brief illness. He was the beloved husband and best friend of Pamela A. (Turcotte) Banks for over 41 years. Born in Marlborough, MA on March 19, 1944, he was the son of the late Donald R. Banks and Eleanor J. (Sullivan) Banks and was the oldest of 6 children. He was a U. S. Army veteran during the Vietnam War and after his honorable discharge in 1965, he resided in Southborough, MA. He served the town first as a Reserve Police Officer and then as a Water Specialist for the DPW taking care of the backflow testing. “Banksy” loved to tell stories of his winter plowing adventures driving the town’s wooden V plow. He was a member and past master of the St. Bernard’s Masonic lodge. He loved traveling and exploring on his motorcycle, camping by towing a pop up tent trailer behind the motorcycle with 2 dogs in a carrier bungied on the roof and eventually graduated to driving a motorhome and towing a car. He also enjoyed cookouts with the family and dabbling at woodworking crafts. After 31+ years working for the town, he and Pam retired to Port St. Lucie, FL, where they continued their travels in their motorhome and he pursued his passion of golfing and proudly displays his 2 hole-in-one trophies. Besides his wife, he is survived by his daughter, Lisa Pagan and husband Sam of Stoughton, MA; son, Christopher Banks and wife Pam of Northborough, MA; and daughter, Lori Banks of Woonsocket, RI; 6 grandchildren, 7 great grandchildren, and many nieces and nephews. Services will be held at a later time. Memorial contributions may be made to the charity of one’s choice.
See more See Less