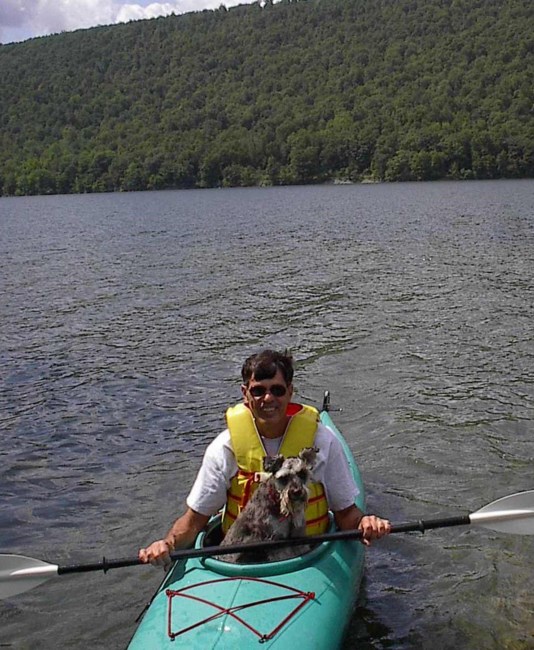 Donald Wisner was born in Jamaica, Queens on May 10th, 1950 to Donald J. and Joan Wisner (Vogel). He served in the Navy on the USS Forrest Sherman – where he sailed around the coast of South America; an experience that inspired an appreciation for seeing the world. Donald was an avid fisherman. Once married he settled in Hamlin, New York on the shores of Lake Ontario, where he could fish and put down solid roots with his young family. He was a loving and supportive father– instilling in his daughter the same values he held for himself – that nothing of real value can be gained without hard work, to always keep your boat ship shape, and to leave the campsite better than you found it. He worked for Rochester Gas & Electric for over 30 years, where he made lasting friendships that he sustained even after his retirement. Chief among them was Joe Ragusa - his motorcycle wingman and confidant. He moved to Florida in 2010 with his beloved dog Jasper, who is probably delighted to have his walking companion back. It was there he met Jean and her daughter Sarah, who brought him much joy in the later years of his life. He is survived by his sisters, Barbara Naeve and Linda Simms, his daughter Meredith Conway, son-in-law Jeremiah Conway, and grandson Theodore. He is also survived by his longtime girlfriend Jean Saltmarsh and her daughter Sarah. All of us are wishing fair winds and following seas for his next journey. A celebration of life will be held on January 5th at his home in Port St. Lucie, which will be closed to close friends and family. In lieu of flowers please make donations to the Sierra Club. https://www.sierraclub.org/ways-to-give
See more See Less

In Memory Of Donald R Wisner