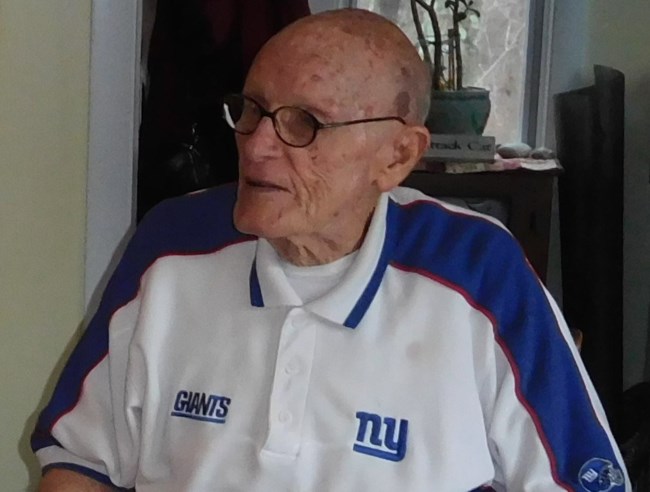 Theodore C. Huntington of Portland died of cancer at the Barron Center in Portland on July 27, 2022 . Ted was born on Dec. 8, 1938 in Atlanta, GA to William and Vivian Clark Huntington. He is survived by his wife, Joan, his children Cathy (Ron) Tarlton and Theodore Huntington, his step=children Rachel (Jamie) Hardy and David (Sachie) Hincks as well as six grandchildren, one step-grandson and four great-grandchildren. The New York Giants football team has lost one of its biggest fans: Ted’s best remembered outfits with the Giants logo were always proudly worn even when “his” team was not doing well. Among those who will also miss Ted are his many cat, dog and bird acquaintances: he had an uncanny knack for attracting their friendships. His family would like to acknowledge the kindnesses shown by the Maine Health Care at Home nurses, the Oncology team at Maine Medical, the staff at the Barron Center, the staff from Compassus Hospice and the staff at Advantage Funeral and Cremation as well as all the unnamed who were involved with making his last days more bearable and who provided support to his family. The following is a tribute to Ted, written by his son: It seems fitting to write an unconventional obituary for a man who lived an atypical life, my father, Ted Huntington. The first half of his life, however, was rather typical. A stint in the Air Force, followed by marriage, children, my sister Cathy and then me, and a career as an air traffic controller. After 18 years directing airplanes, my father’s life steered in a dramatically different direction. The infamous ATC strike of 1981 ended a career that my father loved. It also led to a move from New York to California, and a complete reboot of his life. As a boy my father once told me that a man needs very little in his life to be content. And he proved this to be true for himself during the unconventional second act of his life. My father never found career success after the turbulent events of 1981. But he was able to find contentment in the one thing that my father cherished more than anything - the love and devotion of a woman, Joan Britton. His final two-plus decades were spent with Joan in Maine, living a peaceful life with his companion. He was also content in the successes of the first half of his life - his children, his Air Force career (especially his stint on Guam), and his high school friendships that remained until my father’s passing. Ted Huntington is now fully at peace, after a difficult battle with emphysema and cancer. I am grateful that his “rock,” Joan, was by his side throughout the difficult ordeal, and that my sister and I were able to tell him how much we loved him.
See more See Less

In Memory Of Theodore Clark Huntington