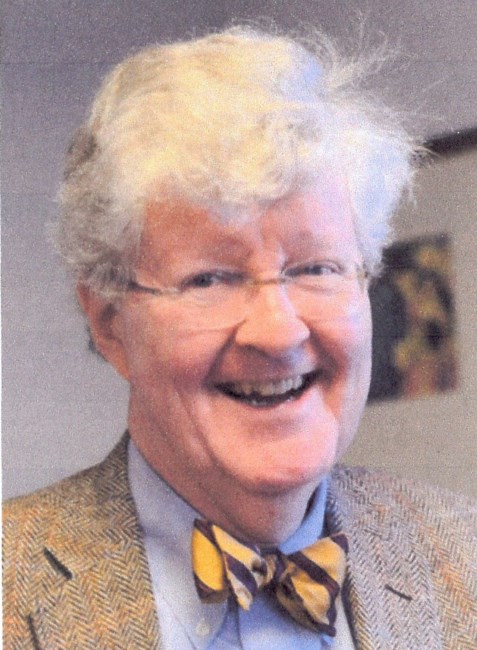 Scarborough, ME - Thomas H. Troeger died on April 3 after a profoundly satisfying life serving others. As a widely recognized hymn writer, preacher, homiletics professor, theologian, poet, musician, columnist and author, he kept a lively connection between the life of the imagination and the life of faith. Growing up in New Jersey and upstate New York, Tom was a strong student and active churchgoer who wondered if he could be both a curious intellectual and a devout Christian. Then a new minister, Richard Weld, arrived at his Presbyterian church. The man brought a remarkable combination of wit, erudition and dynamism as a preacher. “He showed me I could be both,” Tom said. Tom graduated from Yale University and Colgate Rochester Divinity School and then served the Presbyterian Church in New Hartford, NY for seven years. He established a reputation as an engaging preacher and writer, leading Colgate Rochester to offer him a teaching position that he held for 14 years. He then moved to Iliff School of Theology in Denver for another 14 years, where he also served as Dean. He concluded his teaching career at Yale Divinity School/Institute of Sacred Music for 10 years. Tom’s various course offerings suggest the range of his scholarly interests: “Principles and Practice of Preaching,” “The Theology and Practice of Church Music,” “The Round Table Pulpit,” “The New Homiletic,” “Theologies of Preaching,” “Congregational Song as a Resource for Preaching” and “Preaching to the Whole Congregation through Multiple Ways of Knowing.” He was a major bridge builder between the worlds of preaching and church music, an imaginative preacher as well as an accomplished flutist. In addition to his teaching, Tom is regarded as one of the world’s most prolific hymn writers, producing more than 400 hymn texts and poems, many of which are now in the current hymnals of most denominations. He was a pioneer in stretching traditional hymn themes to include environmental issues, genetics and the big bang theory. “I’m not a scientist, but I love science,” said Tom, the son of an inventor father and a poetry loving mother. Tom published 24 books, including 4 books of poetry: Borrowed Light; Above the Moon Earth Rises; God, You Made All Things for Singing; and Song That Blesses Earth. His titles in the fields of preaching, liturgy and music include: Imagining a Sermon; Creating Fresh Images for Preaching; and The End of Preaching. He was a frequent contributor to journals dedicated to the fields of preaching, poetry, hymnody and worship: Lectionary Homiletics, The American Organist and The Hymn. He was a lecturer and conference leader in venues around the country and throughout the world. Selected writings have been translated into Japanese, Korean, Spanish and German. He served in various leadership roles for the North American Academy of Homiletics and the international Societas Homiletica. Tom was awarded honorary doctorates from three institutions: Virginia Theological Seminary, Dickinson College and the University of Basel, Switzerland. He was made a Fellow of the Hymn Society and received a Lifetime Achievement Award from the North American Academy of Homiletics. Initially ordained in the Presbyterian Church, he was also ordained in the Episcopal Church, making him one of the first in the nation to be dually aligned with both traditions. Tom is survived by his wife of 54 years, Merle Marie; his brother Don; and his brother-in-law and sister-in-law, Crawford and Julie Butler of Conway NH. A memorial service will be held Tuesday, May 3, at 10 a.m. at the Church of St. Mary the Virgin in Falmouth.
See more See Less

In Memory Of Thomas Henry Troeger