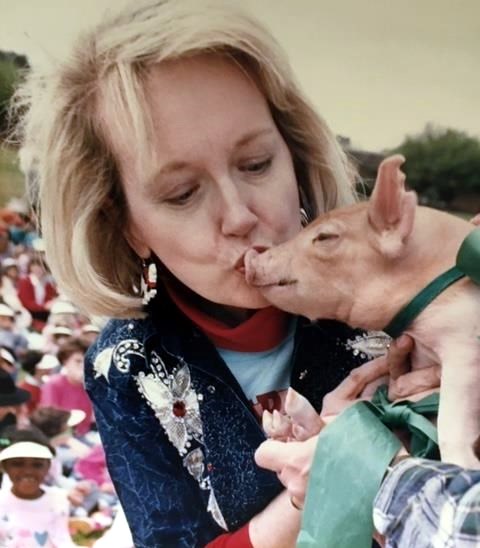 Carolyn Bond Morrison, who died on Sunday, July 26, 2020, was born and reared in Lumberton, North Carolina. Following her elementary and high school years there, she attended Peace College from 1960-1962 earning an A.A., Academic Degree. She next attended UNC-Chapel Hill where she graduated in 1964 with a Degree in Elementary Education (Phi Beta Kappa). She also obtained a M.Ed. Elementary Education Degree (1968) as well as an Ed.D in Supervision and Administration Degree (1979) from Duke University. Her dissertation at Duke was an enjoyable work entitled “North Carolina Governors and Public Education: 1933 to 1961”. While doing research at the State Library, a favorite break was lunch at Side Street, which included a slice of their delicious chocolate fudge pie. In the fall of 1964, Carolyn began a career of 34 years with Wake County Public Schools: 1964-1969: Primary Teacher, Grades 1, 2, 3 at Effie Green Elementary School 1969-1976: Elementary Curriculum Consultant for Wake County School District 1976-1988: Principal of Aldert Root Classical Studies Magnet School 1988-1994: Principal of Lynn Road Elementary School 1994-1995: On-Loan to DPI as Executive Assistant for Effective Schools 1995-1997: Principal of Briarcliff Elementary School 1997-1998: On-Loan to DPI as Chairperson of State ABC Assistance Team In 1998, Carolyn retired from the Wake County Schools and accepted a position as an Associate Professor in the School of Education at Campbell University where she led the Masters of School Administration Program until 2007. From 2007 to 2009 she returned to Peace College as an Associate Professor and Director, Division of Education. In the fall of 2009, the Wake County Board of Education chose Carolyn to serve as a Member representing District 6 for an unexpired term ending in December 2011. Holding the Bible when she took her oath of office was Avera Acai, who was one of the first graduates from the Peace College Education Department she had helped develop. Carolyn’s other community involvements included: member, Deacon & Elder at First Presbyterian Church where she was instrumental in forming and serving as Chairperson of a Child Development Center; member of Delta Kappa Gamma, the NC Council for Women, Raleigh Woman’s Club, and Board of Visitors, Peace College. She has also served as a Docent at the Governor’s Mansion and the NC Museum of History. She was awarded an Order of The Long Leaf Pine by former Governor Bev Perdue and Governor Roy Cooper appointed her to serve as a member of the Executive Mansion Fund Incorporated Board of Directors. Carolyn loved the students she crossed paths with over the years. She was devoted to doing what she could to see that they received an education which would help them become good citizens and contributing members of society. She really stressed that they needed to read, read, read. One year at Lynn Road Elementary she challenged the students that if they read over 300,000 minutes on their own time over seven weeks, she would kiss a pig. They met her challenge and more, so Dr. Morrison kept her promise to their delight. Carolyn was so pleased that The News & Observer ran a story with photo about their accomplishment that she made her husband promise if she died before him she wanted the photo and mention of the project included in her obituary. Family wise, her parents were the late Eugene and Margaret Bond of Lumberton. A younger sister, Margaret Bond Taylor, predeceased her. She was a loving parent to son, Jimmy; daughter-in-law, Beth; grandson, Christopher; granddaughters, Cameron and Ellen. She resided at The Cardinal at North Hills with her husband, Fred, and their Goldendoodle, Barrister. Deep appreciation is extended to the caregivers at The Cardinal Healthcare Center and those at Transitions Lifecare for caring for and keeping her comfortable during her final days. In lieu of flowers, memorial donations can be made to the general fund at First Presbyterian Church, 112 S. Salisbury Street, Raleigh, NC 27601; First Presbyterian Church, 1002 N Chestnut Street, Lumberton, NC 28358; or by writing a check to WakeEd Partnership, putting "WAKE Up and Read" in the memo line and mail to them at 3101 Industrial Drive, Suite 100, Raleigh, NC 27609. Arrangements with Brown-Wynne Funeral Home, 1701 E. Millbrook Road, Raleigh, NC.
See more See Less

In Memory Of Carolyn Bond Morrison