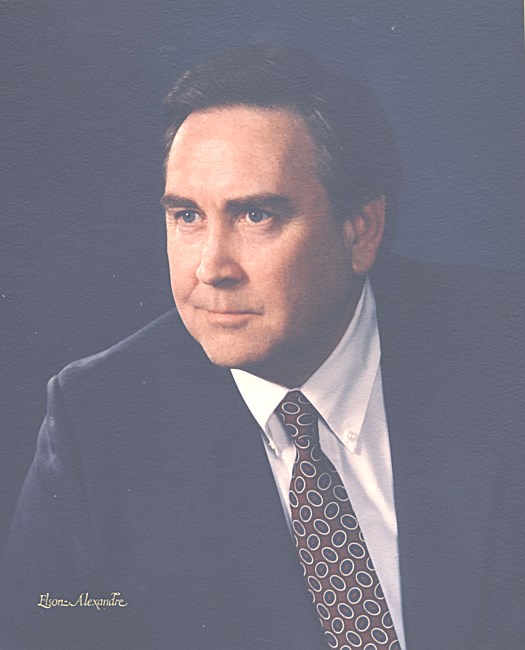 Donald Hoke Carpenter, 84, passed away November 6, 2020, surrounded by his loving wife and daughters. Born in Catawba County, NC on March 31, 1936, he was the son of the late Leonard Hoke Carpenter and Hilda Yount Carpenter. We will remember him as a caring Christian man, a loving husband, father, grandfather, and trusted friend. He believed in doing what was right and lived by that philosophy in his business life as well as his personal life. His presence will always be felt in the lives of those he loved. All who knew him will miss him, and the example he set will be a constant and eternal gift to us. He was baptized and confirmed at St. Mark’s Lutheran Church in Claremont, NC. His early education was in Claremont and he attended NC State before transferring to Lenoir Rhyne College (now University), graduating in 1958 with a degree in Business Administration and Economics. Don was a member of Sigma Phi Epsilon fraternity. After graduation he served for two years as an officer in the U.S. Air Force, later serving in the NC Air National Guard. In June 1960, he married the former Janice Carpenter of Catawba County. He spent the next 60 years loving her and building a family with her and helping others. His devotion to and love for his family and his God were the foundation of his life. After serving as a bank examiner with the Federal Deposit Insurance Corporation, in 1962 Don joined First Citizens Bank in Charlotte, NC. In 1964, he moved with his wife and young daughters to Raleigh where at the bank’s headquarters he served in City Executive and then Regional Executive roles throughout the 1970s and 1980s. In the Raleigh and Triangle area executive roles, he contributed to the bank’s and his customers’ successes and completed 28 years of service to his community with First Citizens. He was an active member of Robert Morris Associates (now the Risk Management Association), an organization advancing the use of sound risk management principles in the financial services industry. Throughout his banking career in Raleigh, Don was involved in the city's growth. His civic involvement included serving as Vice President and Treasurer of the Raleigh Chamber of Commerce in addition to serving on the Chamber’s Board of Directors. He served on the Board of Trustees of Wake Technical Community College, as well as President of the Wake Technical Community College Foundation. He sat on the Board of Governors of the Capital City Club. He was on the Board of Directors of the Business Development Corporation of North Carolina and served as its Treasurer. He was also on the Board of Directors of the Downtown Housing Improvement Corporation. Another contribution was his service as Treasurer and Chairman of the Finance Committee of the American Cancer Society of North Carolina. During the 1990s, in addition to investing in and managing his real estate properties, Don worked with the NC State Board of Mortuary Science (now the NC Board of Funeral Service) to administer its Preneed Program (for which the NC General Assembly had shifted the responsibility from the NC Banking Commission in 1992). In 1998, he and Janice moved to Kinston, where he served as the first president of The Little Bank. Returning to Raleigh in 2001, Don concentrated on remodeling his and Janice’s primary residence, where he also enjoyed gardening and landscaping. He loved boxwoods and dogwoods. Don could fix anything in the house or yard. During his life he enjoyed vintage VW and Ford Mustang convertibles, and he once built a Bradley GT II car from a kit. Watching NC State basketball and football games as well as NASCAR races were favorite pastimes. In connection with the management of his properties, Don was grateful to Amadeo Almazan Pineda and Thomas Wooten for their help. Don served in multiple leadership positions at his beloved St. Philip Lutheran Church for over 55 years and was instrumental in the church’s move in the 1970s from New Bern Avenue to its present location on Falls of Neuse Road. He served as Chairman of the Building Committee, overseeing the building of a new church, and was Chairman at the time of new additions, including a new sanctuary. Don served on the Church Council and was President of the congregation several times. He also served on the Pastoral Selection Committee and played a key role in the addition of the church’s columbarium. He is survived by his wife, Janice; daughter Andrea and husband Robert Newman of Chapel Hill; daughter Natalie and fiancé’ Craig Wise of Raleigh; grandson Brennan Beck of Charlotte; sister Barbara Carpenter Moser of Clarkesville, GA; sister Sue Karen Carpenter Falls of Claremont, NC; and several nieces and great-nieces. There will be an outdoor service to celebrate Don’s life at 1 pm on Saturday, November 28th at St. Philip Lutheran Church, 7304 Falls of Neuse Road, Raleigh, NC 27615. The family welcomes all who are comfortable to attend the service. They do kindly request that all guests follow social distancing and mask wearing protocols in place due to COVID-19. Brown-Wynne Funeral Home on Millbrook Road (www.brownwynneeastmillbrook.com) will have up-to-date information on the service and will be streaming the service live on its Facebook page. Contributions in memory of Don may be made to St. Philip Lutheran Church.
See more See Less

In Memory Of Donald Hoke Carpenter