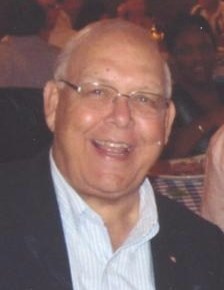 Postelle Brown passed away on December 7, 2012. He was born in Jacksonville, Florida, the son of George Postelle Brown and Dora Marie Brown. Postelle graduated from Andrew Jackson High School in Jacksonville, Florida, and began his college education at the University of Georgia and earned his degree at the University of Houston. He was a member of Kappa Sigma Fraternity. He enjoyed many things including history, traveling, golfing with friends and watching college and professional sports. He was a kind and loving person with an infectious smile, and he adored his children and grandchildren. He married his high school sweetheart and love of his life, Patricia. Their marriage of 54 years has been a journey of love. Postelle was employed by Hunt Wesson Foods/ConAgra as a Territory Manager and retired after 33 years. He also served his country as a 1st Sergeant in the US Army Reserves.

He is survived by his wife, Patricia; a son, Patrick and wife, Amee of Raleigh; a daughter, Angel of Jacksonville, Fl.; and grandchildren Lindsay, Chasen and Grace Ann.

The family would like to thank Drs. Brian Short, Virgil Rose, Lewis Rosenberg, and the wonderful nurses at the Cancer Centers of North Carolina and Hospice of Wake County for their loving and compassionate care.

The family will receive friends in the atrium of St. Raphael the Archangel Catholic Church, 5801 Falls of Neuse Road, Raleigh at 10 a.m. on Thursday, December 13, 2012, before the Funeral Mass at 11 a.m.

In lieu of flowers, memorial contributions may be made to Hospice of Wake County, 250 Hospice Circle, Raleigh, NC 27607.

In Memory Of F. Postelle Brown